Epp Kubu’s audio piece “Solvumisteni!:)/”Let’s get offended!:)” (gathered folklore, radio drama for 40 voices, 13 mins) presented on 12 March 2016 at the made in estonia marathon - a festival of short forms of performing arts.
Epp Kubu: “In the present piece I do the talking, so do my friends, acquaintances and strangers whom I met over the course of two weeks from March 1 to 11, 2016.”

A: “I am so offended that Kanuti Gildi SAAL did not accept me for its residency program at Püha Vaimu SAAL, yet they pressured me to perform at the marathon.”

B: “I’m usually offended by people not loving me. Especially those who, well... whom I don't sympathise with just because. They don’t know me, you see, and at the same time they dislike me prior meeting me. This always offends me.”

C: “I’m often offended by my husband not spending enough time with our son because it feels that he does not respect my time and regards my job insignificant.”

F: “I was offended once by you, because you were five hours late.”

H: “I was insulted when I didn’t have any money and my girlfriend offered me some for the food. But she did it in a way that she looked down on me. And she didn’t understand what she is doing and how she is making me feel.”

I: “I’m offended by my dad for constantly playing video games. For years now.”

J: “You called to say come then... to Kalarand... for we are making a fire and barbecuing some meat. And then I like came and... I couldn’t find you and you were not picking up your phone. Then I like was walking around like a fool. I got offended and just left.”

K: “I’m offended that the celebration of Women’s Day in Estonia has degraded into men just giving women flowers.”

L: “You can only offend someone if they... if they are... emotionally... open to that, right. Just like the other person can only offend you if they are relevant to you, so that, for example I’m afraid that a country that is important to you... like your homeland with its attitudes... could make you happy or offend you. I’m afraid that, if I imagined that I were a pensioner in Estonia, it could potentially offend me that the retired people are not respected enough in Estonia.”

M: “In that sense I think you have not offended me but you have said some things which have... how should I put it... which have maybe hurt me a little.”

N: “I got so offended at work that I quit right there and went home. I got home to discover I’d left my keys at work so I had to go back in, still mad and offended.”

O: “This was back in childhood. I had cleaned out the pond and piled all the trash by the pond. My sister and my friends threw all that crap back in the pond. I was extremely offended.”

P: “I have been offended by you when you let me down with something important. We had a deal. You’d promised to do this with me. I guess you didn't have the time. You could not keep your promise. When I had a go at you over this you told me how I had offended you and did not once mention what you yourself had done.”

C: “Then I got offended at school. I was offended by my third grade teacher for giving me a C for folding a pig.”

R: “I was insulted by a situation about a year ago when renovating and organising the renovations at my new flat. The male construction crew wouldn’t listen to me nor take me seriously. At first I couldn’t get it, why was this process so weirdly challenging and why would the male contractors not want to consider nor try to understand my wishes, visions and comments. In the end I could not get some of the things through, so I had to ask my husband to take over the organisation process just to finish the job. It worked perfectly and we finished the renovations. The unfair attitude towards me as a female client and contracting party was insulting.”

S: “I don’t get offended much as I don’t trust many people and I don’t let people get close to me only to be offended later.”

Š: “But yes, what did I want to talk about... it that... If someone leaves you all this good and positive stuff. All of it, all of it, all of it. And you like, can’t share it... for whatever reason... for that he is simply scared of... all of this. Love or whatever. The greatest thing to learn from it is how to carry the load alone and just be at peace with it and, and know how to accept all of the good and the positive.”

F: “I’ve been offended at times where I’ve wanted to talk to someone really friendly and they’ve gotten the impression I am coming on to them.”

T: “I’ve been offended by myself for not getting a tutor, because I need help. Everyone needs help. And I refused to believe that I would be that someone who needs help.”

A: “I’ve been so offended because when I was a teenager my mother decided to leave for America and she has not returned yet.”

U: This subconscious offence, in the sense... is a silent offence, ok. You have the same socks for two years, ok. Laying around on the floor, on the table, in front of the couch, ok. And two years down the line those forever dirty socks are a bomb that is waiting to explode, ok. And that’s it,“I want a divorce!”, “I’ve had enough!” “I want nothing to do with those dirty socks, alright?!”

V: “This happened during a shoot and we were at Tondiraba ice hall and we were up beneath the ceiling. I’d scouted the location and as far as
I understood I had OK’d this with you. However, it became clear during the shoot that in fact there had been no agreement. And then we had a bit of a situation.”

Õ: “I think getting offended has everything to do with yourself. If you think highly of yourself and if someone has challenged that vision I have of myself... then it is possible, you know... to take offence.”

Ä: “I’m so offended that a relative of mine sold all the woods surrounding our forefathers’ farm without telling any of us.”
Ü: “When I browse through thrift stores and leave without buying anything I feel guilty as I think that the sales ladies must wonder why I didn’t buy anything given that everything on sale is so cheap. Why didn’t you buy anything? And they may get offended.”

Õ: “Why did you give me that insulting look?”

Q: “Not that you offended me, I don’t expect that of you, but I think I felt offended by you last when... when I really needed to use your computer and you wouldn’t let me as you had the Kulka funding application deadline coming up the next day, but it was like the matter of minutes for me as I wanted to go study in the other end of the world. Remember? And I needed to send that application and you told me no. Then I went marching through the snow storm... and felt offended.”

Š: “He came to my birthday party and gave me three white coronations. And then I was so offended.”

Y: “I’m offended when Flo is not being honest. Hahaha. Being dishonest...”

Y: “Maybe I’ll get offended if no-one takes me into consideration.”

H: “I once got offended at my sister as our dad gave her the tablet as a gift and not me.”

X: “One thing that has always hurt and insulted me is when someone is seriously taken in by you and starts hyping you in all the ways possible, sticks around, is very friendly and extremely interested no matter the type of relationship you two are having. And then suddenly there’s like a shift and the adoration is gone. This is somehow extremely hard as you are ready to open up and ready to play along... And when this falls away you feel absolutely pointless and almost objectified in every way. To me such contempt is one of the heaviest feelings there can be between people.”

G: “At first there was a guy and then I had another and in the morning the other guy was in my bed and as I was leaving home Maarja called out from the kitchen, “Well, hoe, where you off to?” Then I got offended by her.”

E: “When we were about to sign everyone’s name on the card who had contributed towards Anna’s wedding gift past summer you so self-evidently took hold of the card as if you were the only one knowing how to write and position the text correctly. And then I was thinking, damn this, I’ve spent two years painting calligraphy with a wide brush at the cinema plus I’ve got a degree in graphic design and you still think you can do this better than me.”

C: “I got offended after sending a price offer to a business partner. Then he called me back and wondered, “Are you sure you’re worth this much? Are you a good enough artist, you’re not even that well known. Why should I pay you that much?” Then I got offended. I wasn’t offended because he thinks I’m not good enough, but because he’s using such low means. That he would purposefully undermine my self confidence to get a better offer. I think this is insane.”

Õ: “I don’t know what offends me. But if you were to ask me what I miss... I miss such honest emotions like... taking offence.”

Comments by Kaja Kann:
It’s difficult to add anything, maybe the only thing worth mentioning is the issue of the private and the public. An old topic, yes, but in the artistic domain the latter keeps popping up again and again.
When Epp asked me whether I would be willing to talk about taking offence, I firmly declined. I don't want to be a laughing stock. If a piece is turning into a masterpiece, which I didn't doubt it would as Epp has produced only hits for the Marathon, the audience will listen, frown once, laugh and nod. Like wolves the fully packed house will long for your blood and later with a glass of wine in one hand they will nag and pry - but really, who was the guy in your bed that morning.
Yet, two days prior the showing I gave in and said two words about it. I’d mulled it over and decided not to name any names nor get personal, instead I decided to keep it general and offer a wholesome addition to the piece. A personal approach is of the devil, getting personal is always an indication of bad taste, getting personal is somehow shameful and degrading. By becoming personal you’ll become vulnerable, if you open your heart, get ready to let in the insults.
I lied a little and then I was also honest. I was personal, which in the context of the piece, transformed my sentence into a political statement. The piece was a political ode to personal approach, no sorry, to personalities offered by the interviewed, no, no, no, now I get it all mixed up, the men seemed individualistic but the women seemed very much personal, ok, well not all the women, but that one over there, was she coming on to me or not then? How exciting. 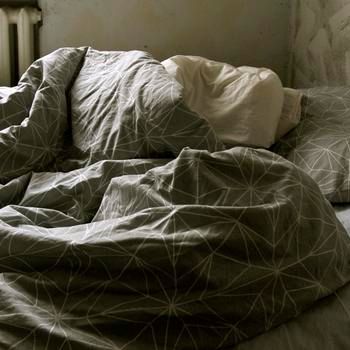 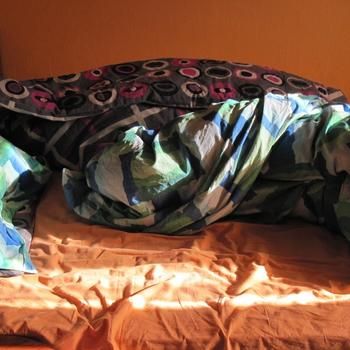