A short comment: A reader’s letter to Eero, written by Kaja was published in the revived TSOON on July 1st 2016. TSOON is a publication focusing on cultural matters, issued by Theatre NO99, Von Krahl Theatre and Kanuti Gildi SAAL.

When Marko Raat started shooting his documentary about me, he asked me the ultimate question: why do we need art. I replied that in fact, we don’t need anything. He went - Kaja, stop being a smartass. I explained further that there’s no need for air and water either. It all comes down to one question – do we need to be living. I think we don’t, we might as well die. The problem arises when one is forced to live, and consequently, having to find a way to face it.

Now, look at that sky, hell, it’s because of this we are doing these pieces!

The Slovenian dramaturg and artist Janez Janša claims that the biggest difference between traditional art and contemporary art is that the traditional work somehow closes itself off, and it does so because it is always obsessed with eternity. The traditional always tends to somehow tell the truth about reality, the world, and so on – the truth that will be eternal, the truth that remains and would be just the same in the Middle Ages as in the modern epoch. Now, if we take seriously the term “contemporary” as something that is developed in the time in which it originates, then in that sense, it can never end, and it can never pretend to tell the truth, since the truth is universal. * This photo is inclusive – it holds the eternity as well as the present moment and everything’s entirely possible. By the way, the photo below was taken at Viru-Nigula parish, where a marginalized contemporary art event “don’t kill a snake” was being staged. The audience of the said event was comprised of the elite revellers from the capital, some odd local women with their kids and the kibitzing onlookers – the village drunks. Marginalization – who believes in it, should cast the first stone. It’s not going to be me; marginalization is a legend, whether maliciously or inadvertently coined.

And to conclude, a true story. The Ministry of Culture is searching the countless museums of Poland for a skull of an ancient Estonian freedom fighter, Lembitu. I think that’s cool, yes, maybe they’ll learn something new, maybe the scull will turn out to be that of a woman’s, momentously shaking the foundations of history written in the 19th century. The state official doesn’t get my enthusiasm, no, things will not be turned upside down, it simply can’t happen, there can only be one Lembitu, and that’s a proven fact. There’s not going to be any new evidence. For him, it’ll be interesting to see whether the skull is really Lemitu’s. Lembitu is a given, a sure thing. What he wants to know is whether the Polish are mistaken or not. He just needs to know the truth.

Photo by Markus Muide (from the performance “Don’t kill a snake” at the ruins of Maarja chapel, Viru Nigula parish) 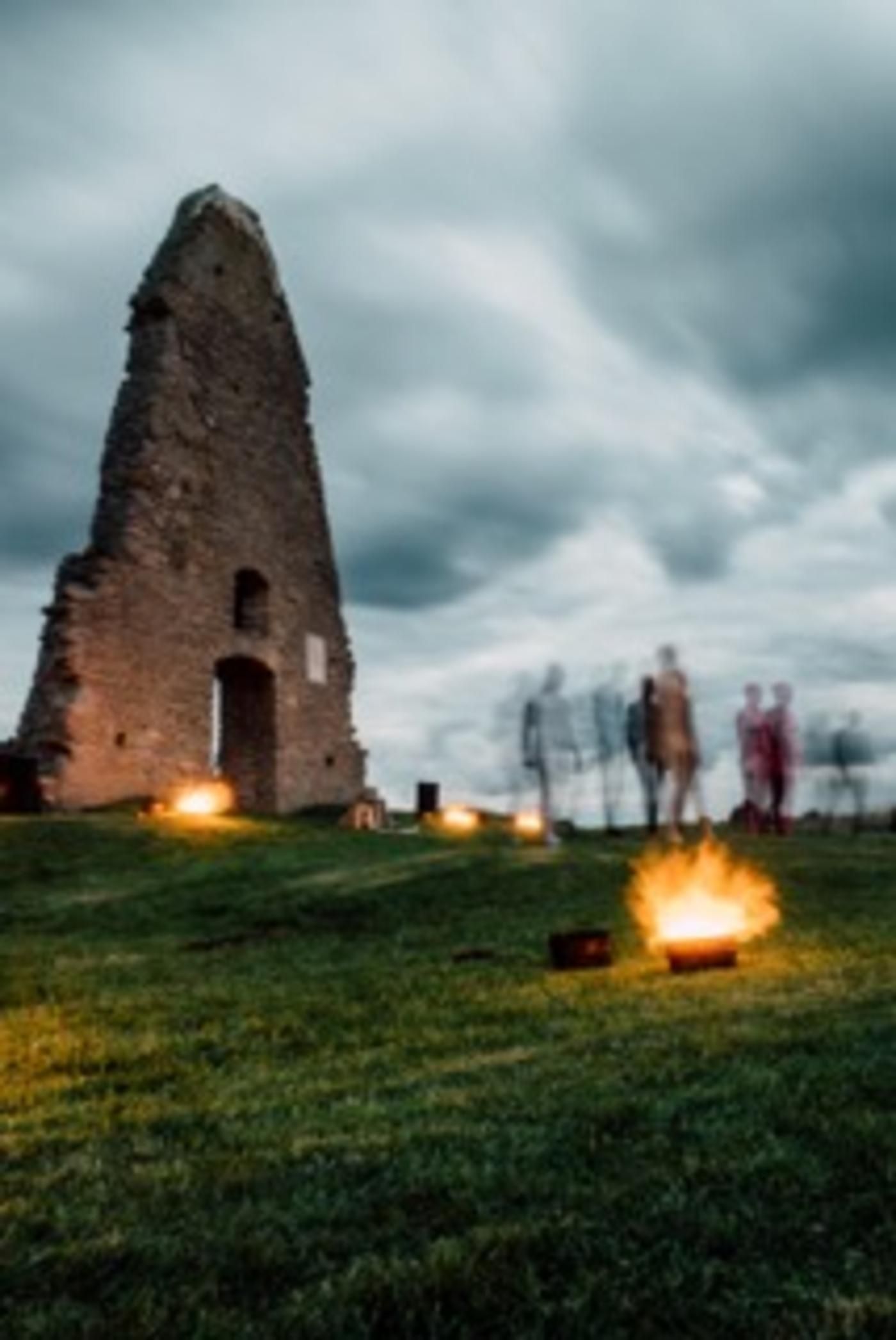