Renate Keerd's „PURE MIND", uncompromising take no prisoners work of art that empties breech straight into the audience. Playfully provocative performance abandons most of conventional meaning creation mechanisms and wide range contents related to theatre and - which is especially remarkable - looses the connections with literature and literary, things, that have traditionally been the base of any theater practice through centuries. A performance like this would decorate any theater and (why not) rock festival." Alvar Loog / Sirp

Renate Keerd is an Estonian freelance choreographer and director who has performed her works in many international festivals in Europe and Asia. Has been the laureate of Estonian dance award Philip Morris twice. In 2004 she founded a contemporary dance and theatre studio DREEK and in 2012 a company of physical theatre Kompanii NII.

Kompanii Nii is a physical theatre group with its own but where by performances different guest performers may be added. Director and artistic director is Renate Keerd, members are Liisa Tetsmann, Taavi Rei, Maarja Roolaht and Gerda-Anette Allikas. 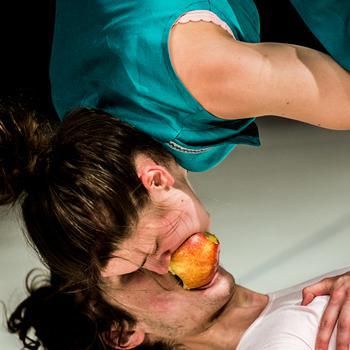 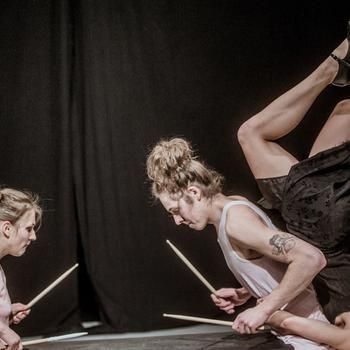