The duo Émilie Girard-Charest and Mart Soo will present their brand new CD RACE WITH TIME which was recorded in March 2015 in Tallinn.

Mart Soo is a guitarist, composer and improviser. Mart has performed and collaborated with an impressive cast of international musicians at festivals throughout Europe, Japan and the U.S. The musicians he has worked with represent a wide and diverse range of music styles – jazz, classical, non-Western, improvised, electro-acoustic, vocal etc. Some of the notable names include Fred Frith, Weekend Guitar Trio, Markus Reuter, Uchihashi Kazuhisa, Paul Lovens, Xavier Charles, Isabelle Duthuoit, Vox Claimants, Eugene Chadbourne and many others. 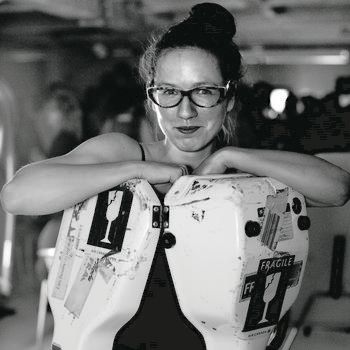