Supported by: Cultural Endowment of Estonia, Tallinn City Culture and Heritage, The French Institute in Estonia

Jean-Marc Montera is a French guitarist with origins in rock, specializing in free improvisation and sound experimentation, he performs solo and in different groups. Exploiting the full range of amplified and acoustic strings: resonances, percussion, distortions, extensions and misappropriations of all styles, he evokes a world of abstract sound and the daily mechanisms of life and the city. Amongst the most active musicians in the field of improvisation, since the 1970’s he has increased encounters and contact with other artistic worlds so much so that he is breaking the barriers between the different genres. He participates in many collaborations, for example with image – Salvo Cuccia, José Cesarini..., theatre – Hubert Colas, Jean-Claude Berutti, Peter Palitzsch…, dance – Odile Duboc, collective Skalen, and Fine arts, Sandy Amério, Lionel Scoccimaro, Richard Baquié...

Jean-Marc Montera co-founded GRIM (Group of Musical Research and Improvisation) in 1978. He joined forces with stage director Hubert Colas in 1999 to found Montévidéo, centre of contemporary art creations in Marseille. The centre’s priority is to create links, to establish interactivity between music and theatre in their most modern forms and to increase confrontations between artists and disciplines.

Improtest is a concert series that brings improvisational music from local and foreign authors to local audience. The concerts have been taking place since 2005 once a month. 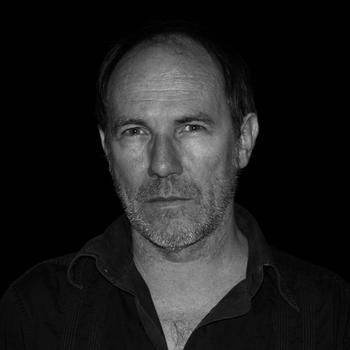