NB! On a double bill with Helina Reinjärv ALFA

"The time scale of the universe is very long compared to that for human life. It was therefore not surprising that until recently, the universe was thought to be essentially static, and unchanging in time." Stephen Hawking

Rene Köster has been active in the Estonian dance-scene since 2005. He was a teacher and creative director at Prodance Dance Center until 2011 when the studio closed it’s doors. In 2006 he and Carmel Köster created Twisted Dance Company. Since then the company has produced performances that combine street dance with contemporary dance and dance theatre. The most recent “RSKSD” at Kanuti Gildi SAAL in 2015. At the moment he is finishing his BA studies in choreography at Tallinn University and working actively with Twisted Dance Company.

You Can Not Predict the Future

You Can Not Predict the Future 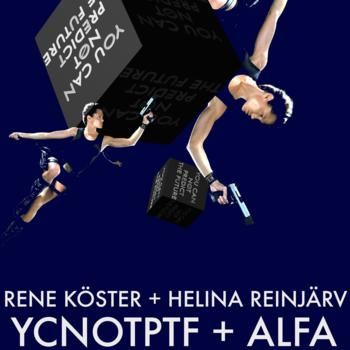