The lecture series is supported by the Estonian Cultural Endowment and organised by Estonian Academy of Arts Faculty of Architecture.

Lina Ghotmeh is an architect, ‘distinction’ graduate from the American University of Beirut and the École Spéciale d’Architecture, Paris. Prior to establishing her office, she had worked between Paris, London and Beirut collaborating with Ateliers Jean Nouvel. In 2006, after winning the 1st Prize of the international competition of the Estonian National Museum, she established along with Dan Dorell and Tsuyoshi Tane DGT / Architects: an international design platform based in Paris. Lina practices a sensitive architecture through a multi‐disciplinary and research driven approach. She has received numerous awards, among which: the Areen and the Azar Awards prized along her studies, the French Ministry of Culture Architecture prize "AJAP 2007‐08", and the French Architecture Academy Dejean Prize 2016. In 2010, she was selected for the "10 for 2010 Visionary Architects for a new decade" by the European Architects Review and recently the Estonian National Museum has been awarded the GRAND PRIX AFEX. Lina is also actively involved in the academic world. She has taught Architecture as an Associate Professor at the École Spéciale d’Architecture (2008‐2015). She has also lectured, led workshops and been juror at architectural schools and institutions including Parsons School of Design, Paris; the Rhode Island School of Design, RISD, Providence; the Royal Academy of Arts in London and Columbia University in New York.

At the Open Lecture Series internationally renowned architects, artists, theoreticians, critics and urbanists from all around the globe give talks to offer fresh perspectives on architecture, design, urban development and critical thought. The lectures are open to everyone interested in the future of our living environment. The lectures are held in English, free of charge. 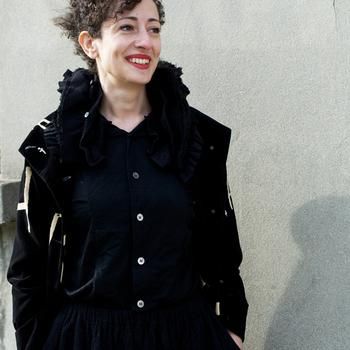