Tickets on presale at Piletilevi:

Yes, it is true! The world-famous Peaches will be visiting Estonia for the first time!

Peaches (Berlin) is a legendary musician, producer, performance artist, activist, and God-knows-what-else can be affixed to her name. She started out in the 2000s, achieving worldwide fame with the single ‘Fuck the Pain Away’; subsequently, she has been touring the world, shifting the boundaries between electronic music, hip-hop and punk rock. Not only does Peaches transfigure musical styles, but she also critically questions stereotypical images of gender roles and sexuality. Her performances are sexually charged, extremely visual, powerful spectacles.

The concert at NU Performance Festival will centre on the studio album Rub (2016), her first in over six years.

The opening act will be the charismatic Black Cracker (New York / Berlin). He is a musician, performance artist and acclaimed slam poet whose latest collaborations include working with the HAU theatre in Berlin, Deutsche Oper and other renowned musicians and performance artists from across the world.

He will be coming to Estonia with his soon-to-be-released album COME AS U R!, a variation on his hallmark Industrial R&B/OFF Pop, that combines elements of hip-hop, soul and Jersey club.

The evening will be closed by the Estonia-born Maria Minerva, who is based in Los Angeles.
Maria Minerva (legal name Maria Juur) is an internationally renowned singer, songwriter and environmental activist.
For NU Performance Festival they will perform ‘Beyond the velvet rope’, a velvety musical adventure that will take you into the night. 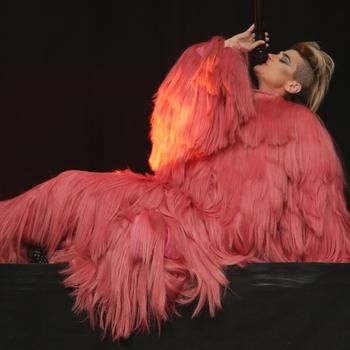