Boštjan Vuga graduated at the Faculty of Architecture in Ljubljana in 1992 and completed the postgraduate masters course at the AA School of Architecture in London from 1993-1995. Together with Jurij Sadar, they founded the SADAR+VUGA (S+V) office in Ljubljana in 1996, which in two decades took place as one of the critical European architectural practices with production and communication based on an open, integral and innovative concept. Their most acclaimed works include chamber of Commerce and Industry of Slovenia (1996), Central part of the National Gallery, Ljubljana (1996) Stadium and Multipurpose hall Stožice (2010) and Air Traffic Control Centre Ljubljana (2013). The office has received many national and global architectural awards (Bauwelt Prize, Iconic Award, Archmaraton Award, Piranesi award, Plečnik Prize) and eight Mies van der Rohe Award nominations. Additionally they teach and critic internationally acknowledged universities and Vuga was a co-curator at the Montenegro Pavilion, "Treasures in Disguise" at the 14th Venice Biennale of Architecture "Fundamentals", Venice 2014. 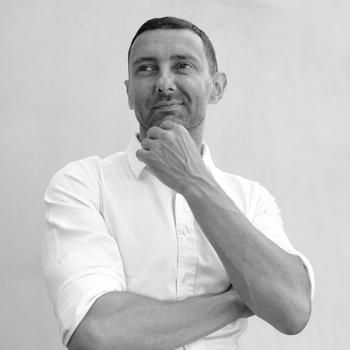