Tallinn presentation is supported by: Goethe Institut
Duration: 60’
In English.
Free of charge!

Eva Neklyaeva is a curator based in Santarcangelo di Romagna. Eva is concerned with the questions of freedom and focuses her practice on exploring these questions across performing art, politics and sexuality.

At the moment, she is working as an artistic director towards her third edition of Santarcangelo festival. Founded in 1971, Santarcangelo is the oldest Italian festival dedicated to the contemporary performing arts, presenting and producing an immersive, loud, radically anti-disciplinary program in a small town between the hills and the sea. The summer nights here are dark and very, very hot.

Her previous positions included Director of a contemporary art organization Checkpoint Helsinki, a new institution with a passion for finding new ways of producing, presenting and communicating art for the city and its residents. Before that, she had been running Baltic Circle International Contemporary Theatre Festival for six years. Under her leadership, the festival became an acclaimed international platform and laboratory for emerging multidisciplinary performance. In 2014, Neklyaeva has founded Wonderlust – a festival of diverse and creative sexuality that takes place every June in Helsinki.

For her work, Neklyaeva received two TINFO awards for innovation in theatre field, Finnish PEN’s Freedom of Speech award as well as Finnish Sexologists Association’s award for promotion of sexual wellbeing. The current challenge is to find some kind of balance in the wild mix of personal, political and professional.

Freiraum is an initiative of Goethe Institute and Kanuti Gildi SAAL will organise a series of events related to the topic of freedom in Tallinn. Freiraum as sphere of freedom or free zone unites 53 partners from culture, science and civil society all over Europe who in more than 40 cities of Europe will be grappling with the concept of freedom in our contemporary world. Paired European cities are developing projects to be presented to the public in a series of events in 2018 and 2019. Kanuti Gildi SAAL dialogue partner is Kunsthaus Dresden and they formulated question - against the backdrop of the increasing use of the city and public space as a setting for right-wing populist initiatives since late 2014, what can art, as a language of freedom, do in times of widespread resentment? Kanuti Gildi SAAL posed a question: are we wrong to be happy? Focusing on the nexus between freedom and responsibility as well as on positive aspects of free private and public life.
https://www.goethe.de/prj/fre/en/index.html 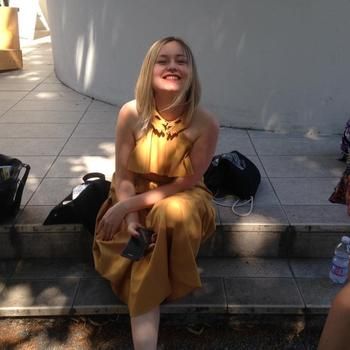