Jerk, the radioplay was commissioned by Frank Smith, Philippe Langlois and Danièle Rivière for the publication of the audio-book JERK / Through Their Tears by Gisèle Vienne, Dennis Cooper, Peter Rehberg and Jonathan Capdevielle (publisher DISVOIR – serie:ZagZig / 2 editions, english and french). The original French version was commissioned for the Atelier de Création Radiophonique of France Culture and broadcasted on June 17th 2007 on France Culture.

Jerk is an imaginary reconstruction – strange, poetic, funny and somber – of the
crimes perpetrated by American serial killer Dean Corll who, with the help of teenagers David
Brooks and Wayne Henley, killed more than twenty boys in the state of Texas during the
mid-70s.

This show sees David Brooks serving his life sentence. In prison, he learns the art of
puppets, which somehow enables him to face up to his responsibility as partner in the
crimes. He has written a show that reconstructs the murders committed by Dean Corll, using
puppets for all the roles. He performs his show in prison for a class of psychology students
from a local university.

The story, however realist it may be, seems to border on unrealism. The play’s
apparent realism stems from its linear narration, as well as from its basic true story and from
the trickster-puppeteer’s total identification with the fictive character of David Brooks.

Jerk is the fourth play that were produced in collaboration with the American writer
Dennis Cooper: I Apologize (2004), Une belle enfant blonde (2005) and Kindertotenlieder (2007). In these three plays, the links between fantasy and reality are being constantly probed, thereby altering our perception of reality. The more realist Jerk puts forth a consistent linear narrative, generating the credibility that undeniably stems from this form. And it is this undeniability that is reexamined by way of our different formal
experiences.

Gisèle Vienne is a Franco-Austrian artist, choreographer and director. After graduating in Philosophy, she studied at the puppeteering school Ecole Supérieure Nationale des Arts de la Marionnette. Since the company was founded in 1999, 14 shows have been created. Since 2005, she has been frequently exhibiting her photographs and installations. Gisèle Vienne, Dennis Cooper, Peter Rehberg and Jonathan Capdevielle published an audio book in 2 versions French and English: JERK / Through Their Tears (publisher DIS VOIR).She has published a book 40 PORTRAITS 2003-2008, in collaboration with Dennis Cooper
and Pierre Dourthe (publisher: P.O.L).

Dennis Cooper is a novelist, poet and critic. He lives in Paris and and Los Angeles. He has
published ten novels, most recently Zac's Haunted House (a novel composed of animated
gifs) in January 2015. He completed a feature film, Like Cattle Towards Glow, which he
created in collaboration with the artist Zac Farley. He is a contributing Editor of Artforum Magazine and the editor of the American publishing imprint Little House on the Bowery. Collaborating with Gisèle Vienne since 2004.
denniscooper-theweaklings.blogspot.com/

Peter Rehberg is an author and performer of electronic audio works based in Vienna, Austria. Rehberg has given live performances both solo and collaborative throughout Europe, North and South America, Japan and Australia. He is one of the first batch of artists that turned to mobile computing devices for presentation of live audio performances in the mid-1990s. He has collaborated live and in the studio with, amongst others, Jim O'Rourke and Christian Fennesz (as Fenn O’Berg), Stephen O’Malley (as KTL), Gisele Vienne/DACM, Peterlicker, Z’EV Russell Haswell, Florian Hecker, Meg Stuart, Chris Haring, Marcus Schmickler, Jade, SUNNO))), as well as being a member of MIMEO. He also runs the Editions Mego label since 2006, and was co-leader of the original Mego label since 1995. Collaborating with Gisèle Vienne since 2004. He also collaborated on the music for Highway 101, a show choreographed by Meg Stuart, and for Fremdkörper by Chris Haring, as well as taking part in the 2nd Göteborg Art Biennale. 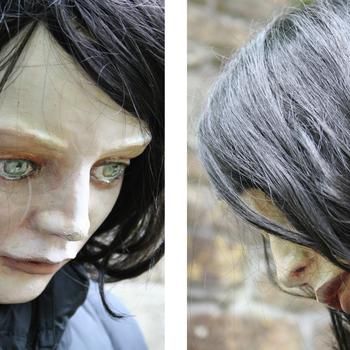