All plays will be performed at 10PM (22:00) East European Time (EET) / 8pm UK Time.
Post-Show Discussions Each Sunday of the broadcast period at 8pm (UK Time) the performers from that week will host a Zoom Q&A which you will be able to register for at https://www.forcedentertainment.com/
In English with subtitles
Duration: ca 60'

“Troilus and Cressida” by Jerry Killick
Link is active from November 6th at 22:00. Watch HERE

From 17th of September during 9 weeks Kanuti Gildi SAAL will be broadcasting 36 plays in 36 days of the Complete Works: Table Top Shakespeare: At Home performed by the actors of Forced Entertainment.

A salt and pepper pot for the king and queen. A vase for the prince. A matchbox for the servant. A kitchen table for a stage.
In this ‘At Home’ edition of Complete Works the dramatis personae of household objects return to a domestic setting in a unique staging directly from the performers’ homes to yours.

Originally conceived in 2015, in Complete Works six performers create condensed versions of all of the Shakespeare plays, comically and intimately retelling them, using a collection of everyday objects as stand-ins for the characters on the one metre stage of a table top.
In September 2017 Kanuti Gildi SAAL hosted 6 days of presentation of the Complete Works: Table Top Shakespeare with success among audience and critics.
Forced Entertainment have long had an obsession with virtual or described performance, exploring in different ways over the years the possibilities of conjuring extraordinary scenes, images and stories using language alone. Complete Works: Table Top Shakespeare explores the dynamic force of narrative in relation to Shakespeare’s comedies, tragedies, histories and late plays. What follows is simple and idiosyncratic, absurd and strangely compelling as, through a kind of lo-fi, home-made puppetry, the stories of the plays really do come to life in vivid miniature.

Complete Works has been performed in theatre spaces across the world as well as being webcast to thousands of international viewers, however, while a global pandemic has shut down stages everywhere, the piece finds an intimate new life by ‘coming home’. Rather than a table set against the red drapes of a theatre, the objects find their starting positions on Terry’s kitchen table or Jerry’s desk as if they’d just been taken down from the surrounding shelves and cupboards of each performers’ home.

Forced Entertainment’s Complete Works is the group’s first venture into Shakespearean territory and this ‘at home’ edition, presented over nine weeks, is a kind of quietly ambitious levelling and opening out of the plays. The project’s gently comic re-casting and re-telling of each play is also both a celebration of the stories’ power and a tribute to the durability of theatre itself.

We start our 9 weeks broadcasting with screening at the Kanuti Gildi SAAL on September 17. 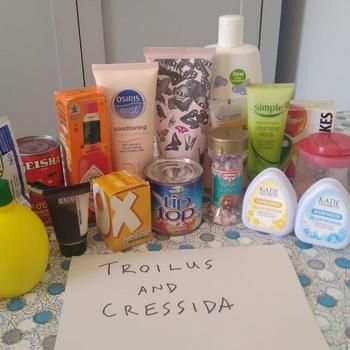