By and with: Iggy Malmborg, Maike Lond

This project is co-produced by NXTSTP, with the support of the Culture Programme of the European Union.

In collaboration with: Inkonst

The performance is in English.

PS. You can not leave the theatre during the performance.

Our Fundamental values are under threat! In this performance we meet two knights sent out to defend them, while their dilemma is that they are not sure what these values are. Their reaction is not to separate from the super-Ego which has put them here, but to imitate its behaviour, its sounds. By repeating well-known rhetoric figures, the knights are learning how to speak. And by speaking, they are adapting to the ideological structure their language includes. The result is a rhetoric feedback loop of statements and answers, where an answer is not a critique but an add to the statement - a dialogue without dialectics. The piece thereby puts a disturbing observation into play: that dialogue is not always a form of encounter, but sometimes a method of censorship. “99 Words for Void“ is set in an experienced dissonance built into the European model of mixing neoliberal politics with humanist rhetoric which can produce a feeling of ideological alienation. The authors create a cozy-claustrophobic world where that alienation can be experienced and where the hope for an utopia ahead has been erased and substituted with wishes for an immediate utopian experience, for instance a cup of perfectly brewed coffee.

Maike Lond (1981) has made a few works worth mentioning as they have brought her some recognition. Her career started out excellently when her graduation work "Sirquit Garden(07)" was nominated for the René Coelho Award of the Netherlands Media Art Institute. Then a few years of silence followed, until 2009 when together with Riina Maidre she got her first international break-trough with "Postuganda", a concert-performance appreciated both by the sexist and queer/feminist audience. After that she did a bit of this and that until the magical moment of winning the Grand Prix of Estonian Cultural Endownment with the big-scale fictional exhibition "Manfred MIM retrospective" made by the artist collective MIMproject of which she is a founding member. After that she hit the real bottom and started asking money from strangers, which ended up in the very successful performance-lecture entitled "10 journeys to a place where nothing happens*" that has been touring actively in Europe since 2013 and will continue to do so during 2016. At the moment she's got nothing to complain about.

*Iggy Malmborg (1987) is an actor and performance maker based in Malmö and Tallinn. Though a formation in traditional acting (the Theatre academy of Malmö) his pieces span over a wide range of aesthetics and styles, both solo and collaborative work. His main artistic interest is to use the performance event as a model onto which the pieces discourse directly can be applied. By using strategies that can be compared to minimalism, he sheds light on the politics of theatre and read it as a hierarchical machine with (unconscious) patterns of inclusion and exclusion.  He is currently touring with "b o n e r" (2014), "99 Words for Void" (duo with Maike Lond Malmborg, 2015), "Physics and Phantasma" (2017) and "Things in my mouth" (2019). All which are made in close collaboration with Kanuti Gildi SAAL (Tallinn). The works have been presented in festivals and venues such as: Spielart (Münich), Baltic Circle (Helsinki), TnBA (Bordeaux), Baltoscandal (Rakvere), Auawirleben (Bern), Nanterre-Amandiers (Paris), FFT (Düsseldorf), Bastard Festival (Trondheim), Sophiensäle (Berlin), Staatstheater Nürnberg, Nowy Teatr (Warsaw), Palm Off Fest (Prague) and Dublin Theatre Festival.  Since 2009 he is collaborating with Johannes Schmit under the name White on White, during the season 17/18 they premiered “Fuck me ! (we didn’t make it)“ and "Tyskland" at Maxim Gorki Theater, Berlin.

**Johan Jönson** (1966) is a Swedish poet and playwright based in Stockholm. He had his major breakthrough with the collection of poems entitled "Efter Arbetsschema" (2008), for which he received Aftonbladets literature prize as well as a nomination to the Nordic Council Literature Prize. Before the breakthrough Jönson had published books such as "Collobert Orbital" (2006) "Virus" (2004) and "I Krigsmaskinen", a series of five books: "Nod Noll", "Minnen av kroppar I rörelse och vila", "Karma inertia", "Transvektor", "Aggregat som muterar" (2001-2002). He has also written plays for the independent theatre group Teatermaskinen, amongst them the trilogy "gränsmaterial ww4" (1999), "extasy +/- 0" (2001) and "woyzekmaskinen" (2003). At Albert Bonniers Förlag he had published the lyric books "Monomtrl" (2005) and "Restarkivet" (2007). After the breakthrough came "Livdikt" (2010), which was nominated for the August Prize, and "med.bort.in" (2012), which is followed by "mot.vidare.mot" (2014), a text without an end, with an absent synthesis, a work of montage which locates it self as close as possible to the unreachable processes of life.

**Kalle Tikas** (1974) has been engaged with theatre works for two almost decades. He has created mainly sound and light solutions for theatre as well as live and written music for contemporary performances. For years he has been working with united dancers of ZUGA and MIMproject as well as musical collectives BF and Ringhold. 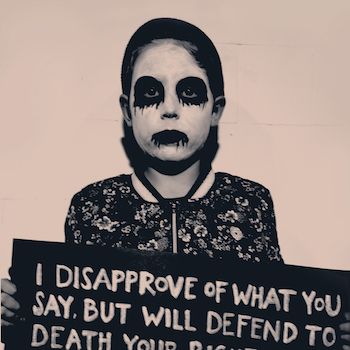 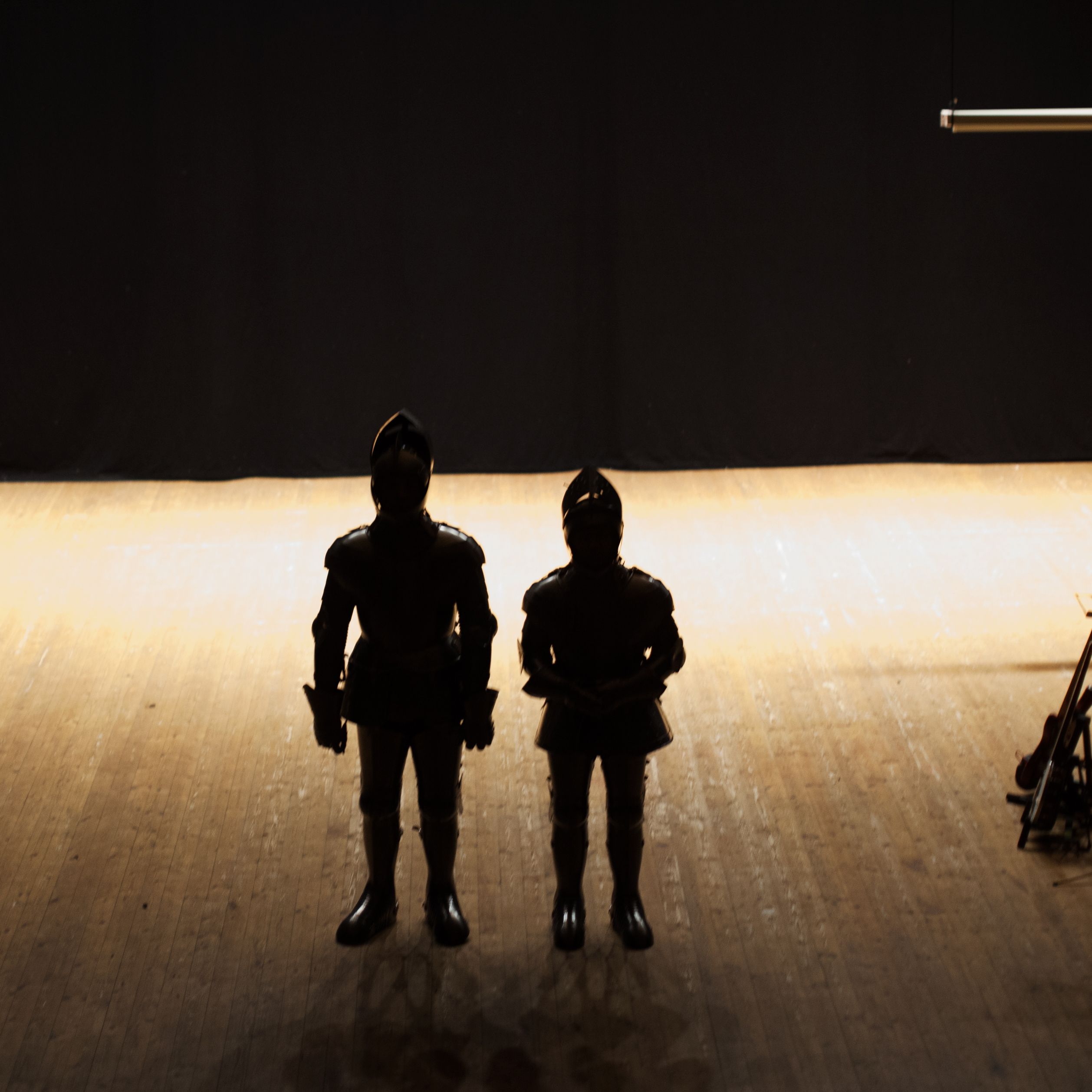 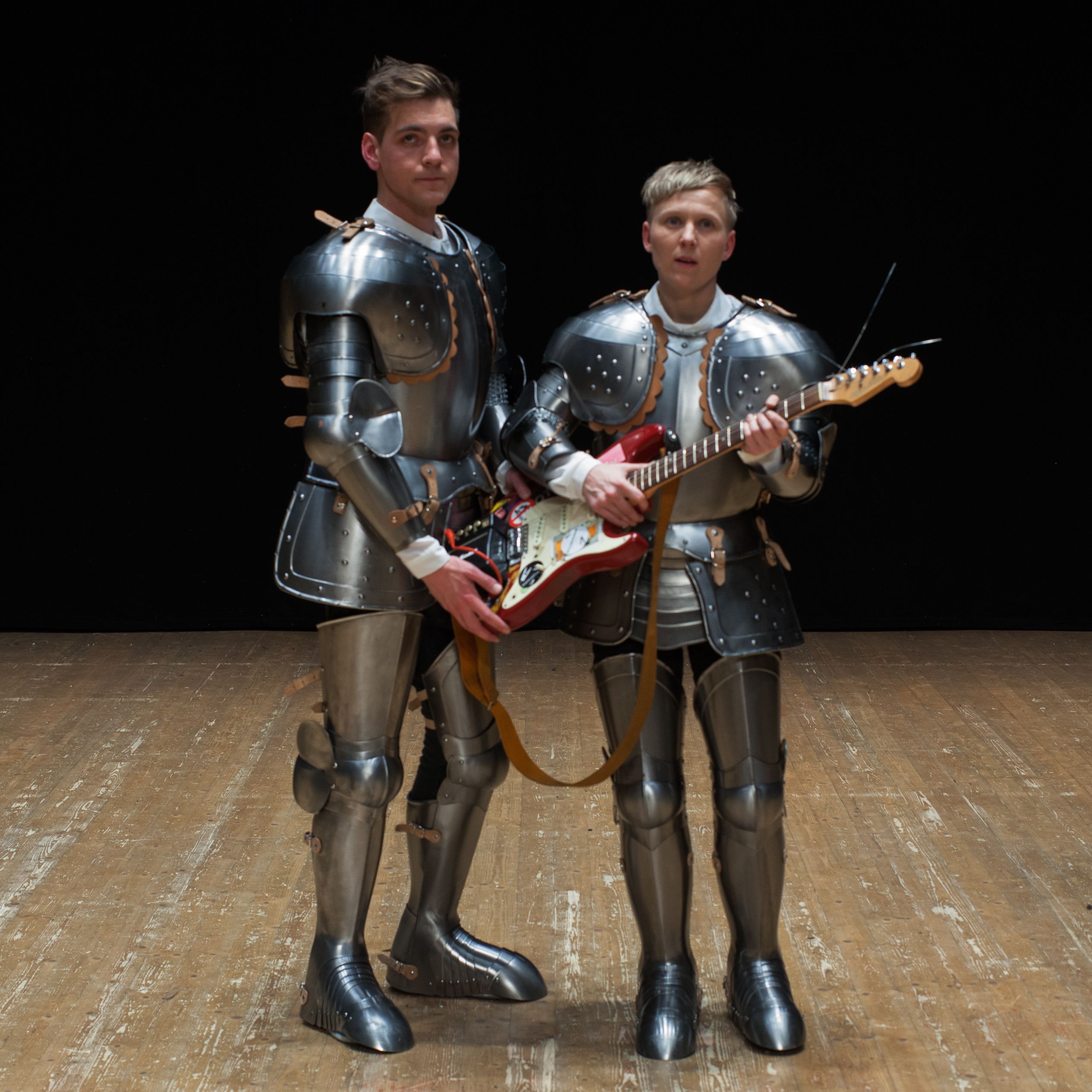 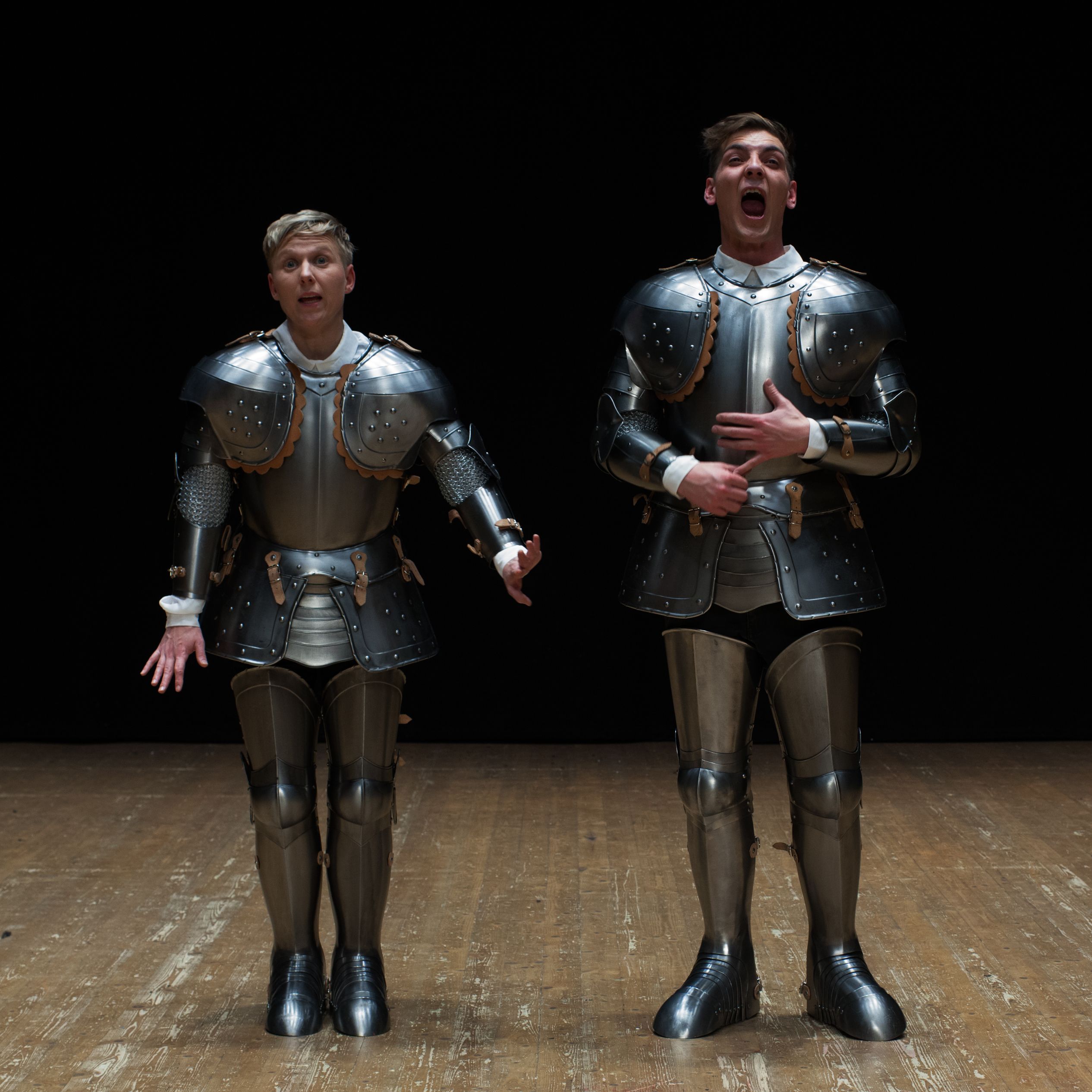 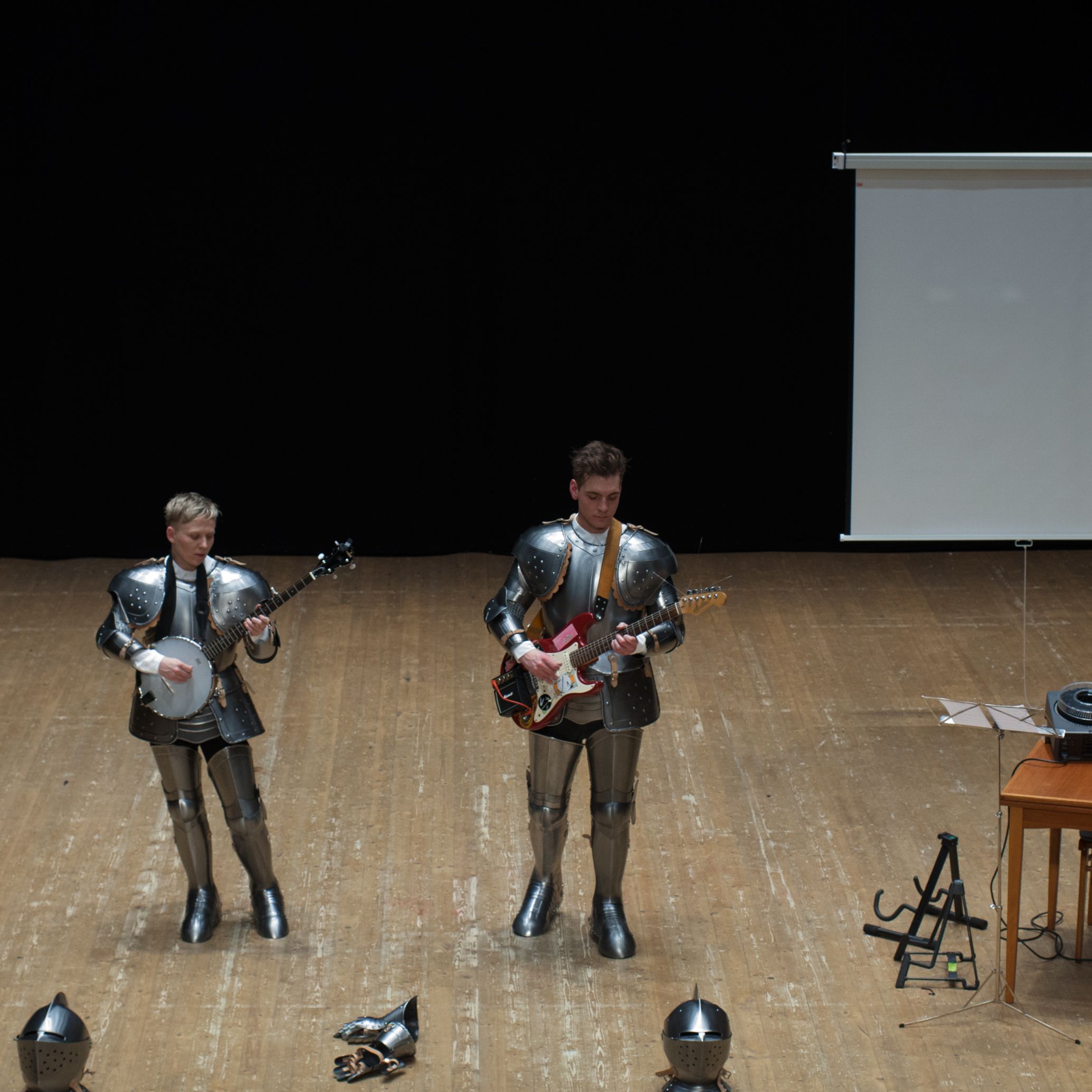 Postcards From The Gods, Andrew Haydon