By and with: Iggy Malmborg

NB! The performance is not suitable under the age of 18.

10 journeys to a place where nothing happens* - video recording

10 journeys to a place where nothing happens*

A motive, narrative or theme outside its own being is therefore absent – allowing instead, their traditional setting to speak.

b o n e r works under the premise that one cannot gain a sociological understanding of a situation purely through looking at human behavior, but that one must also take the objects which are enabling (and co-creating) the situation into consideration.

And as objects have such a hard time to speak, this piece will help them.

A voice is given to things, uttering their structural function and explaining their properties – through which they are being valued.

When speaking, it also gets obvious what they, the objects, make others (humans and non-humans) do.

The speaking objects appear as agents in a network, which constitutes

the event of the performance.

In b o n e r these agents are presented next to each other and thereby democratized; perceived as equally important, dependent and controlled by each other.

The same network would also include the performer, as one agent with specific properties; its ‘humanity’.

The piece highlights a devilish aspect of the solo-format and thrusts it into the foreground.

Iggy Malmborg (1987) is an actor and performance maker based in Malmö and Tallinn. Though a formation in traditional acting (the Theatre academy of Malmö) his pieces span over a wide range of aesthetics and styles, both solo and collaborative work. His main artistic interest is to use the performance event as a model onto which the pieces discourse directly can be applied. By using strategies that can be compared to minimalism, he sheds light on the politics of theatre and read it as a hierarchical machine with (unconscious) patterns of inclusion and exclusion.
He is currently touring with "b o n e r" (2014), "99 Words for Void" (duo with Maike Lond, 2015), "Physics and Phantasma" (2017) and "Things in my mouth" (2019). All which are made in close collaboration with Kanuti Gildi SAAL (Tallinn). The works have been presented in festivals and venues such as: Spielart (Münich), Baltic Circle (Helsinki), TnBA (Bordeaux), Baltoscandal (Rakvere), Auawirleben (Bern), Nanterre-Amandiers (Paris), FFT (Düsseldorf), Bastard Festival (Trondheim), Sophiensäle (Berlin), Staatstheater Nürnberg, Nowy Teatr (Warsaw), Palm Off Fest (Prague) and Dublin Theatre Festival.  Since 2009 he is collaborating with Johannes Schmit under the name White on White, during the season 17/18 they premiered “Fuck me ! (we didn’t make it)“ and "Tyskland" at Maxim Gorki Theater, Berlin. 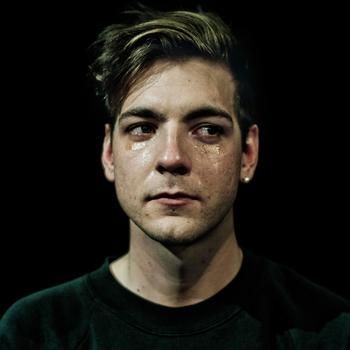 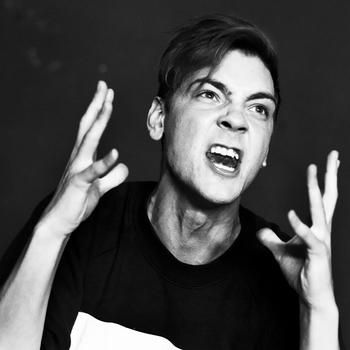