Caprices III is a performative installation dominated by the frontal collision of black and white magic. Light freezes into sculpture, theatre curtain cracks. Perspective matters. All the stage-technical arsenal and the components of the play are brought forward, excessive intimacy is left behind.

Caprices is an ongoing project that brings together practices of contemporary performance and exhibition culture. The approach that describes our method is re-evaluating the characterization of the fourth wall, context, theatre magic and sincerity.

Caprices III transforms from the collective experience of the black box to the individuality of the white cube, leaving the spectator to surrender the space. Two previous part has been produced and played in Estonia. The third edition is a collaboration with Kiasma Theatre, putting the theatre space in special focus to celebrate Kiasma’s 20th anniversary.

Interview with Henri and Mihkel

Henri Hütt is an artist-performer, who is primarily a dancer. Since the beginning of this decade, he has created many technological performative acts, staged exhibitions, sound performances and other unprecedented formats. Henri Hütt is also part of the MIMproject team and coordinates Dance And Media Art network DAMA in Scandinavia and the Baltics.

Mihkel Ilus is a visual artist, whose main focus is painting and its extended field. Ilus often works with large-scale installations where painting plays the central role. In the practice of Ilus, contemporary exhibition culture and performance practices are inextricably intertwining. Recently Ilus has been concentrating on the distinction of objecthood as such in conditions of the white cube and black box situations.
Working group 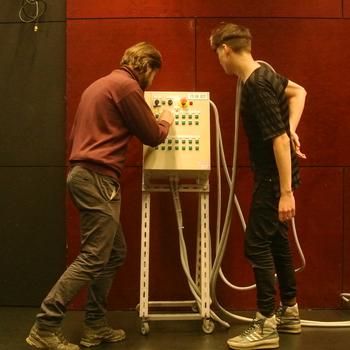 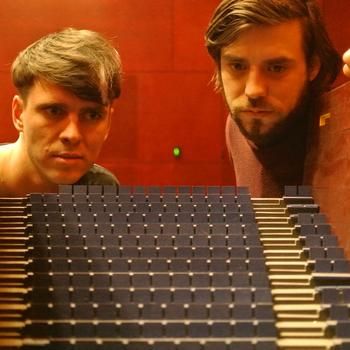 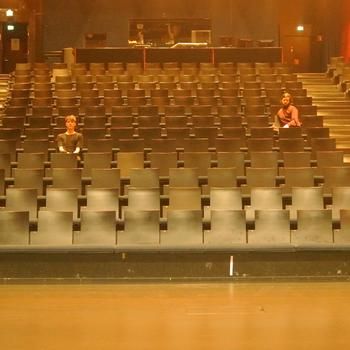