Whoa! It's not music! If anyone would comment the U: concert program that way, the members of the Fluxus movement of the 1960s would probably be rubbing their hands with satisfaction – our influence has been going on for more than half a century! But we don't think so. When it was important for Fluxus to shake the audience in a poignant way, uncompromising attack the canons of institutional art and ask questions like “What is music?” What is art? ", then U: concert is, on one hand, a historical observation of more or less conceptual works created in different decades, and on the other hand –these questions have still not disappeared.

Ensemble U: is currently the most active and renowned contemporary music ensemble in Estonia. It has gained recognition for its ability to perform even the most demanding works without conductor, openness for bold experimental ideas and sensitivity for sound. 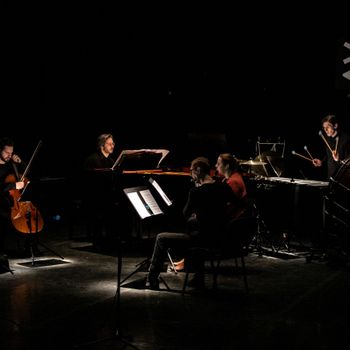