In collaboration with: Serious Serious
Premiere: February 27th, 2023
In English

After the concert “Guiding Light IV” in Tallinn Artjom Astrov, Michaela Kisling and Till Megerle will start a residency at Kanuti Gildi SAAL, after which a performance “Guiding Light V” will premiere on February 27th. For the upcoming project they will be joined by curator and dramaturg Aziza Harmel and artist and musician Andreas Harrer.

The project Guiding Light started as a series of videos released by the music label Serious Serious in 2021. The concert is a continuation of a practice that can be defined as deep “hanging out” that is neither predetermined nor random. The band plays with extremes and contradictions such as „realness“ and „artificiality“ as both visual and performative tools in order to continually question the essence of their work. To hang out deeply isn’t merely a genre of music but a form of labor that embodies inexplicable sounds, intimate or sometimes banal situations, and carefully assembled visuals.

Kisling is Michaela Kisling, graduate and fellow of the Academy of Fine Arts, Vienna, works and lives in Vienna. Her works have been showcased at Hyperreality, Vienna (2021); Kunsthalle Vienna (2022); MAK, Vienna (2022); Kunsthalle Feldbach, (2022) and Volkstheater Vienna, (2022). Michaela Kisling is collaborating with artists such as Hans Schabus, Artjom Astrov, Till Megerle and Aziza Harmel. She recently released her Album “Old Life” on Serious Serious.

Reaching out to kindred spirits in experimental art and music scenes, Kisling’s work challenges the deceptiveness of formal structures and deconstructs the trickery of harmony by developing an idiosyncratic style that fuses new media with odd and outcast feelings. Her audio and video work feature spontaneous collaborations with fellow poets and artist, blurring the boundaries of identity and authorship.

Till Megerle’s artistic practice encompasses painting, drawing, video and photography.
His images deal with social and corporal dynamics and are informed by pop culture and history. With musicians Artjom Astrov and Kisling he pursues the band project Guiding Light. Megerle is living and working in Vienna, where he's also teaching at the Academy of Fine Arts and the Academy of Applied Arts.

Artiom Astrov is a musician based in Vienna. His eclectic composition style incorporates both produced and found sound, digital processing and songwriting.
As a sound designer for various contemporary performance productions, Astrov has developed a distinctively minimalistic approach that relies on spatial and conceptual properties of sound. As Benzokai, rin la and, most recently, simply as Artjom, he has released several EPs for record labels such as Quantum Natives, Baba Vanga, Trash Can Dance and Serious Serious, an imprint he himself initiated.

Aziza Harmel is an independent curator from Tunis. She was awarded her Masters of Fine Art by the Dutch Art Institute in Arnhem in 2013. Aziza worked in Documenta 14, Steirischer Herbst and more recently Kunsthalle Wien. She co-curated Qayyem a research program on curatorial knowledge, Qayyem, which roamed between Mass Alexandria (Alexandria), MMAG Foundation (Amman) and l’Atelier Kissaria (2018-2019). She also co-curated the 12th edition of Bamako Encounters: Biennale of African Photography in Mali (2019-2020). She recently co-curated a show titled Do Nothing, Feel Everything in Kunsthalle Wien (2022) which looked into art practices that understand insanity as a common condition and as a dynamic form of knowledge—art practices that, through careful bruising, find ways to soothe and to bear. She is currently one of the curators of Hosting Lands which is a slow-growing, decentral exhibition movement unfolding around land justice.

Andreas Harrer is a co-founder, and part of the Viennese art collective „Bar du Bois“. Since 2011 Harrer has been working for contemporary music ensemble Klangforum Wien. His artistic practice incorporates different mediums like installation, painting, sculpture and music production. 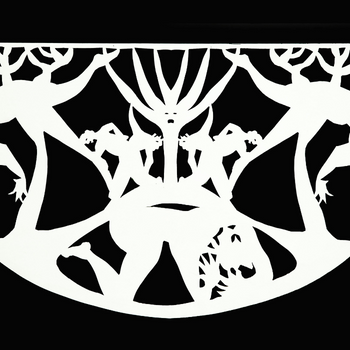