Duration: 75’
In Estonian and English

We can only welcome visitors who present a proof of being vaccinated against or recovered from Covid-19. Wearing a mask is mandatory.

According to Jennifer Mills, dyshcronia is the syndrome of the future.

It signifies a drenched nostalgia for the present.
Disjointed & disconnected perception of time, disjointed & disconnected perception of self: there is an overwhelming confusion of cultural and temporal systems.
In other words dyschronia can be called a temporal separation that explains the confusion about time, arising from perplexity between concepts and symbolism.

Lack of comprehension, awareness, ability to manipulate concepts of time as such.

No further specifications of the symptoms have been described. Therefore we have invented a research center called "Motel Dyscronia", located in a geographical depression. Under the name of ‘’Motel’’, a shadow research center has been set up, where 8 co-creators have been invited, hereinafter referred to as members of the scientific band X.

"Motel Dyscronia" is a procedure and a game.
The main motive of the scientific band X is to describe time spaces and images through soundscapes.
One of the principles of the game is to navigate between emerging and established levels with an open psyche.
None of the players meet on the same level during the game.

On the same level in the same room.
The joints stay open.

The structure of the procedure-game is based on breaking the syndrome into pieces whilst adding a single dose of a drug X - Hope.
The components are: cause of dyschronia, effect on the psyche, its consequences, liberating dyschronia from negative connotation, making friends with constant changes, aspiration to combine observations + game, as a result creating new context and levels throughout the experiment, interpreting the unknown and finding possible human factor X - Fragility.

We are the scientific band who plays live in a video game on different levels.
Except that there is no video game. There is a ‘’Motel’’, which has no physical levels.

Attention! It is an experimental research center.
‘’Motel Dyscronia’’ offers a procedure: a band playing a video game without the video. Most importantly, it is a band that is not in the video game.
If you have a brain tickle during consumption, we recommend that you play along instead of looking for answers. 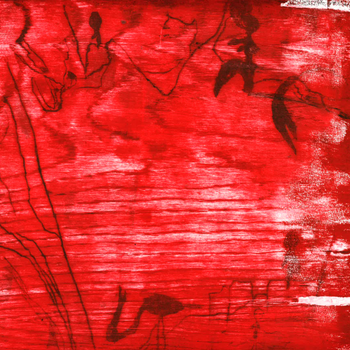