In the culture scene there is number of fixed events in which participation is considered highly important for those who want to belong to the scene. Mingling at the openings, premieres, discussion panels, on and off stage produces symbolic and social capital, helps to stay on the picture. These events occur similarly all over the cultural scene, almost like from inertia and people don’t pay much attention to them. It is easily understood, as we are dealing with so-called side-products, which are meant to bring something or someone to the limelight – a new piece is born! Or look how interesting people we have in the sphere!
Constant occurrences, but leaving this format without bigger attention have entailed that these pre-mentioned recurring rituals often turn out a bit boring. Same people, forced small talk, awkward speeches, the moderator who lets one speaker override others… How could it be possible that the meeting points of our cultural scene could be more stimulating and excite us more. Whilst openings, presentations, discussion panels, artist talks won’t disappear anywhere, but our participation in them could reach beyond the reflexes of Pavlov’s dog or operating on automatic pilot. Fasten your seatbelts!

Production platform RESCRIPT proposes new scenarios for four types of events – openings, discussion panels, artist talks and book presentations – based on which cultural institutions and professionals can refresh familiar boring situations. For every event category variety of scripts have been developed, which contain descriptions of needed conditions and detailed instructions how to organize these deviations. Introductions of scripts can be found in RESCRIPT product catalogue, which you can purchase at Kanuti Gildi SAAL.

Maarin Mürk (1983) is working on intersections between contemporary art, more-or-less experimental education and art criticism. Her last big project was with Mary-Ann Talvistu with whom they created “Artists in Collections” in the frames of Estonia 100 celebration programme, for what they received annual award by Cultural Endowment of Estonia and notation at the museum awards. On a daily basis she works as a lector and also as a Head of Center for General Theory Subjects at Estonian Art Academy, once a month she runs a radio show Ministry of Art (Kunstiministeerium) with Indrek Grigor at Klassikaraadio.

Henri Hütt (1985) is a (performing) artist, whose spectrum of artwork contains predominantly technological performative acts, sound-performances, staged exhibitions, curating, writing, installative performances and other unattainable formats. Henri’s artistic examples include performances in this decade, which incorporate all theatre space as well as micro tonal flickering of an empty space.

In the case of finding a suitable script, please contact producer of RESCRIPT Maarja Kalmre (maarja@saal.ee) and place an order. Scripts are all priced, varying depending on the complicity of the script, but still taking price sensitiveness of our cultural institutions into consideration. 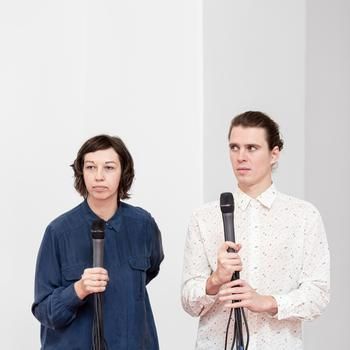