Duration: Performance is a game that lasts 1h45min to 2h

Tickets at presale at uusteater.ee 20/16 EUR and on the door.

We can only welcome visitors who present proof of being vaccinated against or recovered from COVID-19.

ROUND TABLE is the second production by Kadri Noormets at Tartu New Theatre. All of her productions are either directly or indirectly linked and thus connected to one another in various ways. One production would grow out of the previous one, the second looks back on the first, the third contains something of the second, the tenth as if remembers the first one, etc. Considering all of this, the new production does not seem so innocent in this space anymore, some part of it has been performed here before.

ROUND TABLE knows that MOBILE DEFINITIONS was here.

ROUND TABLE is a production/situation that seems to want to figure something out. It approaches things slowly, examines the surroundings and attempts to recollect the past or notice what has changed since yesterday. It all seems quite confusing and not only does it seem, it very much is. Yet, order is being created out of the chaos (or the order creates itself out of the seed of chaos).

ROUND TABLE is an island where a group of people wants to know the truth.
They want to know what really happened and how. 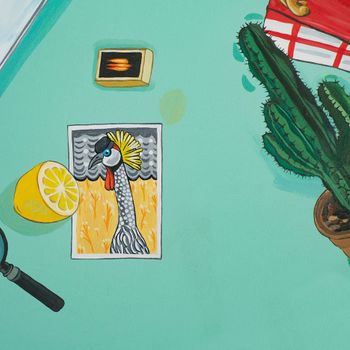