us as a useless duet is a dance performance by and for two people. I am one and the other I do not know yet. It is an (almost) invisible performance, seen only by us who are dancing it. The piece is composed of five sessions, dispersed throughout five weeks. And yes, for some people this is already a long-term commitment. In each two-hour session both of us has time to make a proposal. We don’t know in advance what will happen: this duet that we make together and for ourselves is a negotiation between two desires. We dance together, and we research nothing. This is not a creativity exercise; it is the risk of loosing the self in the other.

Catalina Insignares is a Colombian dancer and choreographer. She studied dance in Bogotá, Montréal, Dharamsala and Paris. She’s been theorizing and thinking choreography for the last 3 years during her master in Choreography and Performance in Gießen. In 2013, Catalina ran into a group of Estonian artists that made her convinced that she had a hidden Estonian soul, since then, she’s been wanting to spend her summer in Kanuti. As a choreographer, Catalina is interested in performance pieces that question art production systems and their relationship with society. She’s looking for that moment when dance manages to escape its historic ideological burdens and its silly disciplinary regimes, and develops a potential to generate an unintelligible, unapologetic, whatever-like subjectivity. 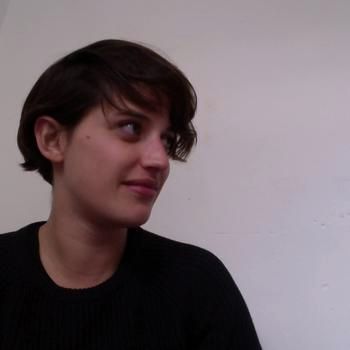