WHAT DOES THE SPACE KNOW is an interactive dance performance / installation choreographed and performed by Farah Saleh (PAL/UK) and Mirjam Sögner (DE/AT). The audience is invited to move through the room during the performance and interact with the space and the work in various ways. After a first research phase initiated by the Goethe Institute Ramallah they are now keen to move into the creation of a new work. The main objective of the intended piece is how to collectively envision, build, create, embody and activate temporary spaces. In their previous research Farah and Mirjam dealt mostly with testimonials of vanished spaces in Palestine. From there they want to move into a more pro-active, empowered and universal dimension.  It is their goal to create both a performative and spatial structure that guides the audience through an embodied experience of the spaces around and within them, that invites them to perceive spaces differently and that inspires them collectively envision unthinkable architectures.
Public showing of the residency 27.02 / 18:00, for free.

WORKSHOP
The workshop offers movement scores dealing with the connection between space, memories and heritage. Derived from Farah Saleh’s and Mirjam Sögner’s current research on cultural heritage in Palestine and Germany and ways of collectively envisioning, embodying and activating temporary spaces. In the workshop we will ask questions: how does the space know? How do our bodies remember when spaces disappear or are reshaped? And is a void a new kind of heritage?  Workshop takes place on 26+28.02 between 17:00-19:00.

Workshop takes place on 26 and 28.02 between 17:00-19:00 at Kanuti Gildi SAAL.
Participation for free, but requires registration!
Taking part at both sessions is required!
REGISTER HERE

Farah Saleh is a Palestinian dancer and choreographer active in Palestine, Europe and the US. She has studied linguistic and cultural mediation in Italy and in parallel continued her studies in contemporary dance. Since 2010 she took part in local and international projects with Sareyyet Ramallah Dance Company (Palestine), the Royal Flemish Theatre and Les Ballets C de la B (Belgium), Mancopy Dance Company (Denmark/Lebanon), Siljehom/Christophersen (Norway) and Candoco Dance Company (UK). Saleh has also been teaching dance, coordinating and curating artistic projects since 2010 with the Palestinian Circus School, Sareyyet Ramallah and the Ramallah Contemporary Dance Festival. In 2016 she co-founded the Ramallah Dance Summer School, which will run on a yearly basis.
www.farahsaleh.com

Mirjam Sögner is an Austrian choreographer and performer who works between Berlin and Vienna. She studied contemporary dance, dance making and artistic research both at MUK Vienna and ArtEZ Arnhem in the Netherlands. Her pieces tour internationally to theatres such as Frascati Amsterdam, Dancehouse Melbourne, Circuit-Est Montreal, Brut Wien, Dansens Hus Oslo, Rote Fabrik Zürich. Her first solo-work “LARA” was selected by the Aerowaves Touring-Network as one of the most promising new dance pieces in Europe in 2016. In 2014 Mirjam received both a DanceWEB Scholarship as well as the STARTStipendium awarded by the Austrian Cultural Council. In 2015 she furthermore held the Tanzstipendium from the Senat Berlin and a Research Scholarship from the Austrian Cultural Council. In 2017 she was invited to a research residency at Circuit-Est / Montreal by the Goethe Institute.  As a choreographer Mirjam has furthermore worked for Dschungel Wien (Farbenreich2016, My Body in Me2015), Kibbutzim College Tel Aviv (We Fade to Grey),New Talents Biennale Cologne 2014 (Äther) and regularly teaches at ArtEZ Arnhem at the Dance Department. As a performer Mirjam collaborated with Siegmar Zacharias, Helene Weinzierl, Julian Barnett. In 2018 she created the solo-work “RAYS” - a performative encounter with radiation at brut Vienna. This year the trio “SPEAKING VOLUMES” premiered at Sophiensäle Berlin.
mirjamsoegner.com

MORE THAN THIS is a cooperation project among 6 festivals and cultural organisations with the collaboration of 5 associated partners and engaged 6 artists.
MORE THAN THIS is a project that focuses on the contemporary performance as a fundamental tool to rethink the value of complexity, as a tool to challenge the crystallisation of single narratives and fixed identities, and a perfect specific space to work on displacement and hospitality.
morethanthis.eu 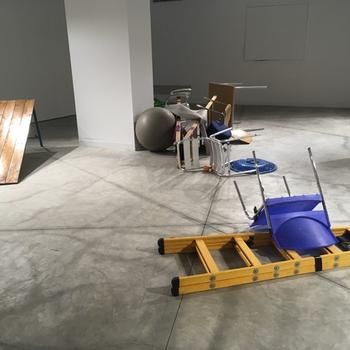