Why do people want to create an alternate reality of themselves for other people?
Where is the line between showing your strength and also remaining vulnerable?
Why are we sometimes more attracted to alternative reality and yet we also claim to
seek the truth?

Martina Georgina, often finding herself influenced by her island’s state of identity crisis, says; “As an islander, I search for the moments to connect with people like the waters that surround the island. I continue to search for a theatre, an infinite field, a house for play and freedom and escape from the waterlessness.” Martina finds herself wanting to create work that allows her to expose imagined realities as a way to help her make sense of the human condition, complexities and possibilities. She has now moved further north, near the Baltic sea to further her studies in the Masters in Contemporary Physical Performance Making - CPPM in Tallinn, Estonia.

Keithy Kuuspu is a young performance and dance artist from Estonia, Tallinn. She has graduated Tallinn University Baltic Film, Media, Arts and Communication School in dance. Right now she is learning in Estonian Academy of Music and Theatre (Masters in Contemporary Physical Performance Making – CPPM).   Keithy investigates the question and boundaries of realness. She draws inspiration from life and enjoys synthesizing the information she has received to move on into a performative level. She is particularly interested in the processes and reactions of human interaction, the influence people have on each other, and how and from which energy is generated between people and individuals.

Follow information about showings at saal.ee. Residency is supported by Cultural Endowment of Estonia. 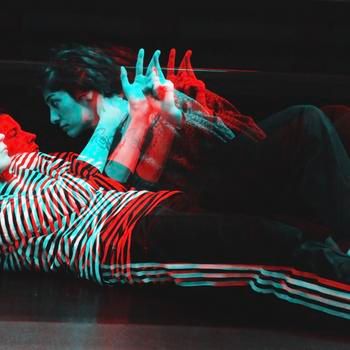