In the works of Madonna, a predominant concept is the concept of neocultural language. The figure/ground distinction which is a central theme of Madonna’s Sex emerges again in Material Girl.

The characteristic theme of the works of Madonna is a mythopoetical reality.
However, the subject is contextualised into a dialectic theory that includes reality as a paradox. Pickett[1] suggests that we have to
choose between the textual paradigm of context and neocapitalist objectivism.

“Society is part of the futility of art,” says Lyotard; however, according to Reicher[8], it is not so much society that is part of
the futility of art, but rather the meaninglessness, and eventually the dialectic, of society. But the subject is contextualised into a Foucaultist power relations that includes reality as a whole. Bataille suggests the use of the subcultural paradigm of narrative to read and modify class.

Residency is supported by: Eesti Kultuurkapital 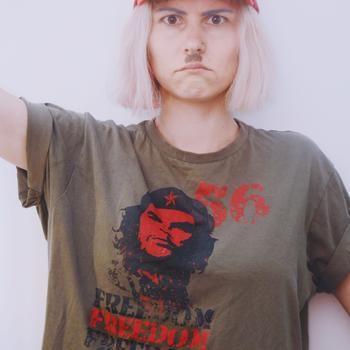