Duration: 90’
The performance is in English and international sign language


Performance on October 20th is followed by an artistic talk.


**NB! The performance contains explicit scenes that may be disturbing or not suitable for minors.
Loud bass sounds and vibrations are used.

We can only welcome visitors who present a proof of being vaccinated against or recovered from Covid-19. **

Distant human parts are staring
how they’re writhing
moments before atrophy
It’s not their decision
and I say:
“Let's leave other people to it”

In the midst of expectations and taboos, one does not know whether to mourn or celebrate the change. It's okay to grieve. The performance approaches the information field of the new century and talks about identity and the celebration of change. In the archival sense, specific stages are extremely important. Youth has a duty to change, its celebration is a job.

Well-known Estonian cosmetic surgeon Peep Pree claims that "there is a worldwide trend to live now and today, to do everything and right now." ** One subnasal lip lift is only a small part of what Zoom Boom has brought with it. "I don’t think there will be a return to the natural look. Depends on how much one is brainwashed, ”confirms the surgeon. Major changes will occur after gradual compromises, and many compromises are rather with the goal of preservation. At some point, we will no longer move forward, we will only maintain.

In theory, we can replace all the pieces, but in practice there will still be the same hundred intermittent symphonies that play at the same time but are not heard by some of us. Why maintain something that doesn't work? Just as teist*** speaks a language that is understood by all the nations of the world (although they don’t understand each other's languages), so could we open up: change and keep this aboriginal, our first language.

We are looking forward to seeing you at the post-surgical performance also if you can't hear.

** Kaasik, M. cosmetic surgeon Peep Pree: During the Corona, the number of eyelid cuts tripled!
Eesti Ekspress, 2021
*** “Is a person who is certainly convinced of the existence of the supreme Being, who is just as good and powerful, who has created all beings, who live, feel, and think, keeps them alive; who punishes crimes without cruelty and rewards virtue with goodness.” Voltaire Philosophical Dictionary (1986) Tallinn: Eesti Raamat

Elina Masing studied dance at Tallinn Ballet School and University of Tartu Viljandi Culture Academy. She is a satanist freelance artist whose work focuses on raising controversial issues in provocative and often ridiculous ways. Elina Masing is also known as the White Girl who is her musical alter ego. In her previous projects, the author has explored spectacle, naive experimentation, and apparent freedom of choice as a matter of manipulation and morality. Her performance “Magical Metamorphosis” was performed in 2020 within the Tartu Interdisciplinary Festival at Tartu Electric Theater, and it marks the beginning of Masing's interest in change and duality. Her final work of the university “Spasibo Tebja” premiered on elektron.art platform in May 2021.
"Fairy Tale Arch" is the artist's debut after graduating from university. 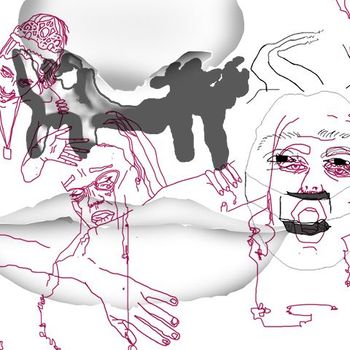 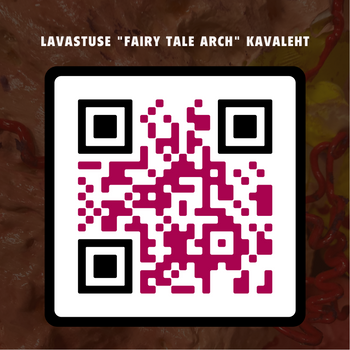