NB The performance on the 29th of October is in Russian!

Artjom and Ruslan continue from where they once left off. In the summer Ruslan visited Artjom in Vienna. While talking, they walked 100 kilometres. That’s how “Gangstarap” began.

“Gangstarap” takes place in the in-between, moving from one side to another like a pendulum, each time touching the middle. The in-between is always a common ground - if it divides, it also connects. And so the artists worked on their own during the process. One on one side, the other on the other, a hoop in the middle.

a philosophical question for one
is plain breakfast for another
unknown worlds are exciting
…
but what to do with our own inner worlds?
someone is flying
on the back of a big bird
but someone has opened a black door
and already entered it

“If someone is afraid they have to be on the stage, there’s no reason. The performance can be simply watched as entertainment. But one can also think along, then something extra may unfold.” - Artjom Astrov 2021

Ruslan Stepanov is a dancer and has worked as a choreographer in the ballet company of Vanemuine, lived and worked in Görlitz and Berlin in Germany. Currently he’s a freelance artist in Estonia.

Artjom Astrov has been active in the contemporary performance art scene since 2016, mainly as a sound designer. He has performed his music at multiple festivals in Europe and is the founder of the record label Serious Serious. 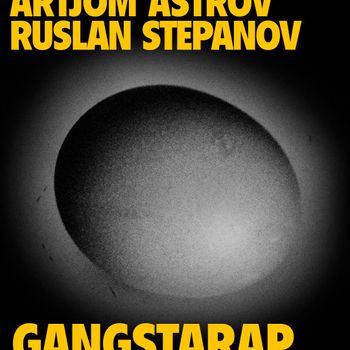