No photographing or recording of the performance.

Tickets at presale at uusteater.ee20/16 EUR and on the door.

Duration: 90'
Language: Performance is in Estonian

Renate Keerd’s new production at Tartu Uus Teater. What’s new about that? What’s new for us is that a fresh troupe takes the stage, consisting of young actors who joined Tartu New Theatre the previous season: Elise Metsanurk, Ekke Hekles, Martin Kork and Andreas Aadel, and a guest appearance by Jan Ehrenberg.
This is the second time for the troupe to work with Renate, the first being the 2019 graduate production of the drama department at EAMT, with the Estonian title Valgete Vete Sina. This makes their get-together even more exciting.

Human beings and life in all its absurdity have always been at the heart of Renate Keerd’s productions. Unexpected transformations and metamorphoses as reflections of life are inherent to her creative style. And this time is no different. More specifically, the production focuses on various aspects of the mundane, seeking out and reenacting the endless infinities of everyday poetry. It is a production which inspires the release of the inner animal, to set it free for a guest performance in the savage corner of the room. 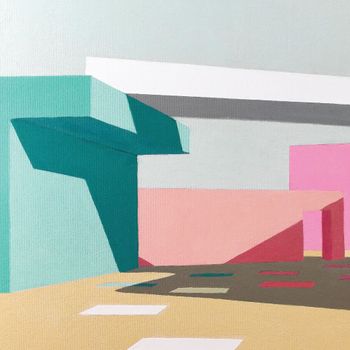