Entrance from Pühavaimu 5. We can only welcome visitors who present a proof of being vaccinated against or recovered from Covid-19.
Wearing a mask is mandatory.

“Yokoonomatopoems” is a concert, which centers around a post. An exhibition, which has a dot in the middle. A shelf, which has things on.

Yoko Ono is a multimedia artist, a musician, a film maker and a messenger of peace. Her first works of performance date back to the 60's Fluxus scene. Also check out: #cutpiece #grapefruit #imaginepiece #wishtree #warisover #onobox #iloveyouearth

Riina Maidre is a freelance actor and a perfoming artist. She has worked as an actor in film and theatre. As a performing artist she seeks the common part of playfulness and resourcelessness, tension and contrast.

Andri Luup is a theatre director, an actor and a writer. His works as a dramaturg and scriptwriter often place a human being in the midst of everyday entropy. 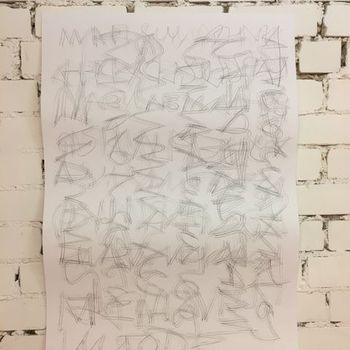 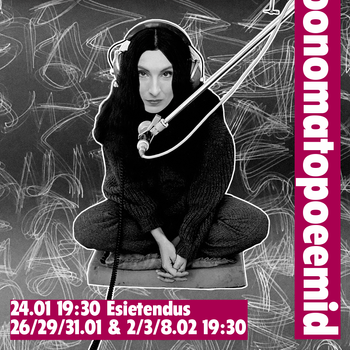