It is quite a task not to like something that attractive.

"Humdrumhum" – is a performance about the intimacy of personal space and the relations between people on a daily basis created by Raho Aadla, Age Linkmann, Arolin Raudva, Maarja Tõnisson.

The performance "Humdrumhum" took place in a flat with several rooms where the audience had an opportunity to move around wherever and however they wished to. Typically, by freely wondering around the rooms, the audience members would find themselves in the middle of the performance

A rather unusual situation for the local context, as we are used to witnessing the performances from the outside – an outside eye view, as I call it. Challenging.

Before entering the flat, the audience was given instructions on how to behave in the space. We were told not to stand in the middle of the doorways and not to use the second floor; but we were allowed to use the restroom.

Further behavior patterns or choices had a chance to emerge from the free will of the audience members – fully our own responsibility.

The absence of the fourth wall within the performance was a very organic situation encoded into the spatial behavior.

To be enjoyed, the performers must have been indulged by affection.
The execution of the entire idea was admirable and cute. I must admit that by creating this piece in a flat (and not in an institutional space), the entire thing just gained additional strength. Personally I am happy to finally have an apartment-based experimentations within the local performance field, although flat performances were a hype and happening everywhere else already years ago.

The campaign on Facebook was great; visible and intense. Ultra attractive pictures have circulated the news feeds and the sense of missing out was carefully planted in the potential audience’s heads.
Careful and strong manipulation beforehand, a full house each time and even a necessity to play additional performances – that all shows the power of desire. It is all possible and was very well done.

Protocol of experience or Not There, Not Alive

The intensity of the youth is there.

Here is the dream of the extreme youth.

Sunday afternoon, it is raining.
Entrance to the flat – an oblivious space with an emerging system of traps and subtle hints.
Glance to the left.
Stillness; a lying down body, covered in white sheets; the not alive and not dead shape, full of potential – reflecting life.

The not-alive is close to dead but not quite.

The audience is being attracted by the typical sound that we all recognized.

Vacuum – a scary weapon that is able to suck us all in.
In where? Into the void.
Where darkness inside the darkness is possible, where nothing moves and nothing is. Full stop.

Now there is sound. It appears from the room located at the end of the corridor.

We enter the room.

Golden glitters all over the Russian style carpets that silently lay on the floor, creating a careful balance between a personal space and a stage set. The contract (by that I mean an agreement with the audience on how to behave in the given space) is still unclear. The air is thick of expectations.

Male figure crawling on his knees, gathering the glitters manually. The vacuum cleaner in the middle of the room is still on – useless vacuum, being ignored, serving as a representation of tidiness, making an attempt to become an object. The vacuum cleaner as a male force. Failure. End of scene.

Figure of a female like shape, wrapped in a zebra patterned rough piece of fabric is silently but surely trotting closer, clinging to the round corners of the corridor; silent and strange.

Where to look, what to see, where to move? Are we missing out on something by making one choice and sticking with it? What if something extraordinary is happening at the same time? Is the loud sound coming from the PA system supposed to be our guide and are we expected to follow it? What to trust and if to trust at all? Are we left alone on purpose? Is there time for a decision making process? Did the creators of the scenes time or work with the timing and duration of the scenes? How? Are the four characters/performers searching for a meaning or an author? Will they let me look at them, will they allow me to see?

Note: None of the questions would be answered in this text.

Did you know that ‘’Little by little a man loses his shape and becomes a sphere. And once he is a sphere, a man loses all his desires’’,- Daniil Kharms.

There is a rumor that all the scenes were starting almost at the same time and were not carefully timed, nor constructed. But that is not entirely truth. Some of the scenes were timed very well and others were not at all.

The giving up of one’s dreams
Intuitive. Esoteric. Mysterious. Esthetical.
Tidy.
Deprived of any semantic load,
Where only beauty could occur.
Cheerful. Careful. Cozy.
Shamefully sexy.
Doubtfully playful.
Closed as a form.
Needing constant proof of it’s own existence.
Strategies of coexistence.
Tactics of co-creation.
Leaking desires.
A semi-autistic private game, insisting on being attractive, consisting of intimacy and enjoyment.
A gang of slightly confused Heroes, Dreamers, Friends.

They take each other under each other’s wings, insisting on being inseparable, even merging/blending together, reaching the peak of transformation by becoming identical.

An attempt to become identical. Belonging? Growing up? Being not alone, having a collective voice; where solitude is unbearable and togetherness - thrilling and young!

Here is a good time to mention my contract with you. There are them –the four authors/performers: Raho Aadla, Age Linkmann, Arolin Raudva, Maarja Tõnisson. There are us – the audience, in total 17 strangers.

You would think that the trajectory, in which we are running, would allow us to create our own story or interpretation. That by leaving us the space for choices, it would let us benefit even more from the entire piece. I would think so too, in theory. Cheers to celebrating our choices!

Now let’s think of an exhibition.

Every step counts, every glance does too; the direction, the level of your eye sight, the angle of your jaw, the paste you move with, the speed you blink with, the time you take, the time you are.

The wish for an exhibition-like set up was there, but one couldn’t fully embrace it. The attempt in itself – great! But the audience was semi-left alone and not given the time to start making the decisions for themselves. There was no time to observe, no time to think, no time to be.

Some carefully constructed moments that emerged out of nowhere, lost their status and disappeared. These moments have deliberately been reduced to nothing by the authors. Solving the constructed situations (scenes) in a relating and recognizable manner (author’s choice) and using familiar and well-known methods borrowed from theater classics unfortunately reduced the potential of the piece. The semi-presence of the performers, who knew that they were performing in front of 17 strangers and a stubborn avoidance of eye contact with the audience didn’t really help as well.

The four dreamers seemed scared to face us.

The piece has lost the fourth wall, but the audience has gained a new status along the way of experiencing the piece. The status of an invader, an intruder, an obstacle and sometimes a ghost.

I have been there a thousand times. Some of these times I would come back dead and others alive. Once I never came back.

Although the general presence in the space and the intensity of the presence of the performers was strong, there was a visible difference between the two states of the bodies of the four performers. The first state was the casual kinetics of the bodies in space (typically in transition from one scene or room to the other). The second state was presented during the execution of the constructed situations, scenes or routines. Throughout the piece, the two states of the bodies stayed unclear and unbalanced due to the lack of awareness of the performers.

Often I see the negative side of over rehearsing a piece. There is always a risk that the structure of a piece becomes stiff and way too secure. In the case of ‘’Humdrumhum’’ lack of rehearsal and therefore a lack of virtuosity was a loss.

Faking it or almost being.

A running psycho lady, wearing black rough high heels and a huge-huge heavy curtain tied around her head. Instead of really experiencing the huge heavy head, she pretends and clearly mimics the heaviness. She reflects the heaviness.
Due to the very small distance between the performer and the audience this act felt desperate and pathetic; it toxicated everything else and made the whole thing feel kind of lame. The lady’s intention was probably to be comical, but the work with the body as a system did not only betray, but also let her down.

With the body as a system, I, the choreography of this text, mean this: practice that investigates the intersections of bodies and their environments. Bodies are not conceived as fixed and separate entities, but are - just like the weather - constantly changing through an infinite and complex system of processes occurring in- and outside of these bodies.

Instead of acting out the heaviness, why not to use multitasking as a method (or whatever you wish method) and why not to work with the heaviness of the head by really having a very unbearable big heavy head?

When I was young, it seemed that life was so wonderful,
A miracle, oh it was beautiful, magical.
And all the birds in the trees, well they'd be singing so happily,
Joyfully, playfully watching me.
But then they send me away to teach me how to be sensible,
Logical, responsible, practical.
And they showed me a world where I could be so dependable,
Clinical, intellectual, cynical.

Now watch what you say or they'll be calling you a radical,
Liberal, fanatical, criminal.
Won't you sign up your name, we'd like to feel you're
Acceptable, respectable, presentable, a vegetable! 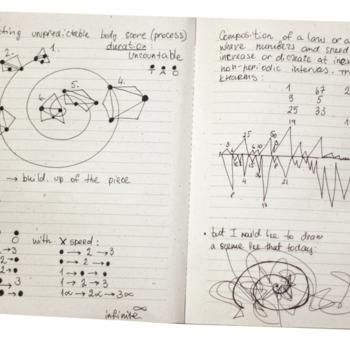 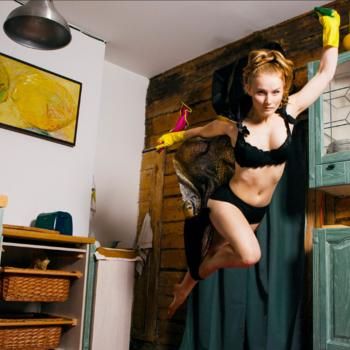