A festival is an event, typically celebrated by a community, focusing on some specific characteristic aspect of that community. A festival is meant to commemorate, celebrate or/and thank, showcase intellectual or/and creative achievements. Speaking of festivals, we can’t help but speak of a sense of belonging for social, geographical or religious group; sense of sharing traditions, stories, meals and entertainment.

For the second time a festival SAAL Biennaal happened. And it included all of the aspects mentioned above and more.

So let’s focus on the more parts.

We are neither there not here. We are in a place of potential and in a place where we can only exist here and now.

Given our position within the moment, I find it difficult and unimportant to reflect, analyze and make something into a theory. In the end, who gives a damn about the value of things? Definitely not us! It is us who go for the experience, even if it is not possible to define it. Nevertheless it is possible to share and live the experience.

Let’s grasp the ungraspable or what happened

The festival had the guts to not have one uniting theme, topic or (thank god!) some sort of research focus point or a famous quote as a starter. None of that! It also had the guts to be blindly intuitive, personally caring and very generous. The strategies of the festival that invited the particular constellation of works and artists were flexible, instinctive, innate and yet very conscious; which I find so very cool.
The curator of the festival, Annika Üprus, dared to sense the potential and to create a situation where the potential could reveal itself. She also dared to stay open minded, take risks, put everything at stakes, hesitate, deeply believe, stress, present and love while maintaining her intention, a strong voice and a strong vision which she shared with the community of those who collectively share a state of mind/being of not belonging.

The works that were shown during SAAL Biennaal managed to get under our skin and stayed in the darkness of our true selves. They awakened the inner beast in us and they turned us into shape shifters. Together we dimmed the lights, revealed our gloomiest secrets. We dreamt together of becoming possessive and esoteric, intuitive and free, which was thrilling and horrifying at the same time. We became a collective monster, blending with parts, concepts, tales, stories, and terrors of each other; not alive and not dead at the same time. We became the monster that is hiding in the part of humanity which is not afraid of the full knowledge of humanity. The part of humanity that doesn’t need a constant annoying proof of its own existence.

What’s mine is yours could’ve been the Festival’s slogan in terms of generosity, but also in terms of us getting the whole thing and more. The whole shebang with all the skeletons locked deep down inside and with all the glorious monsters that we fear at night when we switch off the light and stay in the privacy of our past, present and future – all at once and all at the same time.

Thank you to the lost and loved souls that were drawn together in this instance, during this incident. 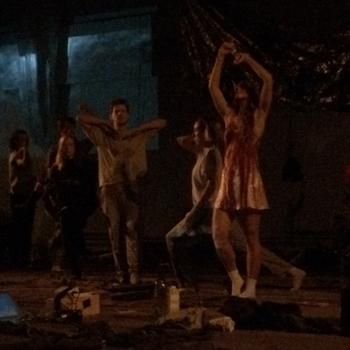 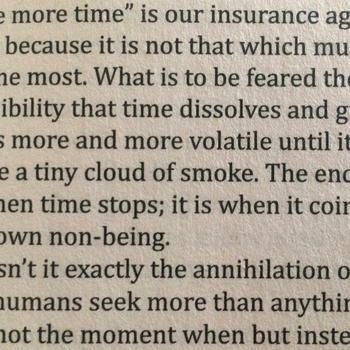