Staged exhibition focuses on the possibility of theatre magic in a gallery space/context. How theatre magic is created? On one hand, it is a synergy between different theatrical components, but as important is the audience's will to go along. Those two together in framed time and space create the performative situation.

"But I Know From Your Smile that I Did Some Harm, Poisoning the Rainbow For a While..." centers on contact / communication / coexistence. There is a group of professional on stage - dancing plants Codariocalyx Motorius. Can the gallery space create an environment for dancing? The audience is placed on the same fragile platform as in contemporary dance performance - will there be dance or not?

Music has a very important role in this staged exhibition experience, original soundtracks are composed by Algorutmid, Argo Vals, rin-la and Taavi Tulev.

"But I Know From Your Smile that I Did Some Harm, Poisoning the Rainbow For a While..." continues the series of staged exhibitions by Henri Hütt and Evelyn Raudsepp; their first attempt to find the intersection of theatre and visual art took place at performing arts festival Baltoscandal 2014. Investigating the format of staged exhibition, the authors continue testing theatrical components in the white cube.

Henri Hütt is a performing artist, who values creative hybrid forms. He considers himself "distant artist", what could be defined as introverted human distance through the prism of nordic minimal.

Evelyn Raudsepp reinvents different formats combining performing arts, visual arts, sciene and technology and tries to see beyond the horizon. Besides the sensation of inverted exoticness, they are connected by the questions from the borderlines of theatre and art.

But I Know From Your Smile that I Did Some Harm, Poisoning the Rainbow For a While... - staged exhibition

But I Know From Your Smile that I Did Some Harm, Poisoning the Rainbow For a While... - staged exhibition 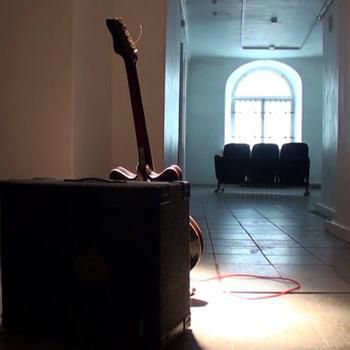