In the beginning of this year I've got an assignment to write a final version of my Master Proof report at DAS theatre. I thought about it as an arrangement of my personal insights, a geography of new and old believes I needed to map accordingly and precisely to the present moment. I wanted to imprint them before they will flip over again. Some of them I would like to share with you.

A journey from Utopia to mini Utopia.

My initial desire was to make a theatrical and not conceptual work. I wanted to have four makers inside and outside of the piece simultaneously. and partially I've succeeded: me and the composer were both inside and outside of the work; the visual artist partially took a role of a dramaturge; the dramaturge stepped out of the process, but was remaining as a part of the collective by his appearance at the rehearsals and his deployed feedbacks on our process. He was the first one to share with me his inability to contextualize material while being on the inside of the the piece. He was the one to define the conventional role of dramaturge: the necessity to distance oneself from the work. By taking the decision to step out he has also provoked me to question the chain of the ongoing compromises, to stop taking into account all the emerging opinions. He pushed me into asking myself the question: “What would I like this piece to be about if I were making it alone?”
I call the entire process of ours that continued for three months a ‘’journey from Utopia to mini Utopia’’.
After looking back at our process, I think today that every theater piece requires one strong intention, which not necessarily should be shared with other makers/collaborators. The intention is by nature a very fragile matter and can be ruined easily, because it's always in the constant process of shaping itself.
I also started to rethink my old believe in being transparent throughout the whole process, it doesn't always help the work. But what I've realized is that collaboration helps a lot at the stage of gathering material, observing different perspectives, diving into the collective chaos. But as soon as it comes to the composition and dramaturgy you need only one mind, you need one artistic urgency, you need the director.

On space of doubt.

How to guard our authenticity?

Throughout the year I was thinking a lot about the feedback sessions. The First encounters with the sessions during our first year were beautiful and they made me a true believer of their sufficiency and objectivity. I saw it as a collective work on opening up the work of the other. But after some time I started to question it. I've realized that somehow by giving feedback to the other artist we often arrive to the average. We destroy his/her own authenticity by moving the work towards a "proper work of art". There is always something that the maker can not articulate yet because of a very fragile nature of the personal material. I was thinking a lot about how not to push him/her to say something, that can not be said yet, but to help him/her to guard his own believe, to encourage never to betray his/her personal trajectory. We actually tried to adjust the feedback sessions to our own needs by shifting them from studios to our houses, by combining them with breakfasts, by welcoming protest spirit towards the outside world, by supporting the inner believes and passions of each other. I think it helped us to guard our authenticity, it was a great attempt to insert a human element to the feedback in order to support the unnameable and the fragile.

No stories, straight there.

I believe that during one’s whole life he or she is making only one piece. And because one cannot really finish it he or she continues to make the next one and after - the next, and after - the next… We are hoping to find the right language that will allow us to say something that in reality cannot be said. We invent practices, techniques, we are searching for new forms, but actually the main thing is the path of struggle, the trajectory that we walk together, that particular space of feelings at work. One of my favorite Russian writers A.Vvedensky writes in his poems about us - who forgot something very important and now are paying for it. So that feeling of knowing something before and forgetting it later has been accompanying me for the last few years. But I think the main thing is not about remembering what it was, but in the melancholic state, in the process of longing in itself, in the movement towards a place or time, where and when you fit with the reality, that spot which allows you to see everything at the same time. Or in other words - to feel everything simultaneously, to let things pass through you.
Six years ago I was drawing my picture of the world, because my friend told me that every artist should have one. The main idea was to cover all the primary matters. In the chapter of God I wrote: ‘’God has left us’’ or ‘’God was there at first, but then he left’’. So the only thing left for us was saltation of yearning. And this year I've discovered that one of my favourite Russian rock musicians Leonid Fedorov recorded his new album, where he is singing psalms. And in the back vocal you hear partiture of laughter performed by the chorus. I can't stop listening to it. I think this is the today. No stories, straight there.

Believing is quite alive.

I'm aware of constantly using the word “believe” in my writing. And even if “God has left us” I think believing is quite alive. I see the religion as a theory that constantly reshapes a man in terms of his or her life philosophy, beliefs and values. That is to say, man is a creation that shifts, and the shift is never finished.
Can we create our own religion that will be based on our true beliefs and what kind of religion it could be today? I believe that with every new work we create a new religion, the personal truth of one exact moment of our life time. And later, with a new work we find another truth, we shift to a new religion and so on and so on. It means that we can barely coincide with each other in terms of common religions, since everyone operates on his/her own timeline. But if by chance we happened to coincide with each other, we unite deeply. I truly think one person can inspire many people by simple gesture of introducing his own “religion” to the others.
This year I went to listen to the talk of Bela Tarr & Jacques Ranciere to the Eye film museum in Amsterdam, where one phrase of Bela strongly resonated with my recent beliefs. "If you do not doubt, you are a criminal".
I see an artist as a person, who doubts, who is by nature very sensitive towards the injustice, he/she is the one to guard the sincerity, to protect our inner human.

If one person is shouting about his or her believes about God he or she is considered insane.
If many people believe in the same God (the same idea) it is considered a religion. 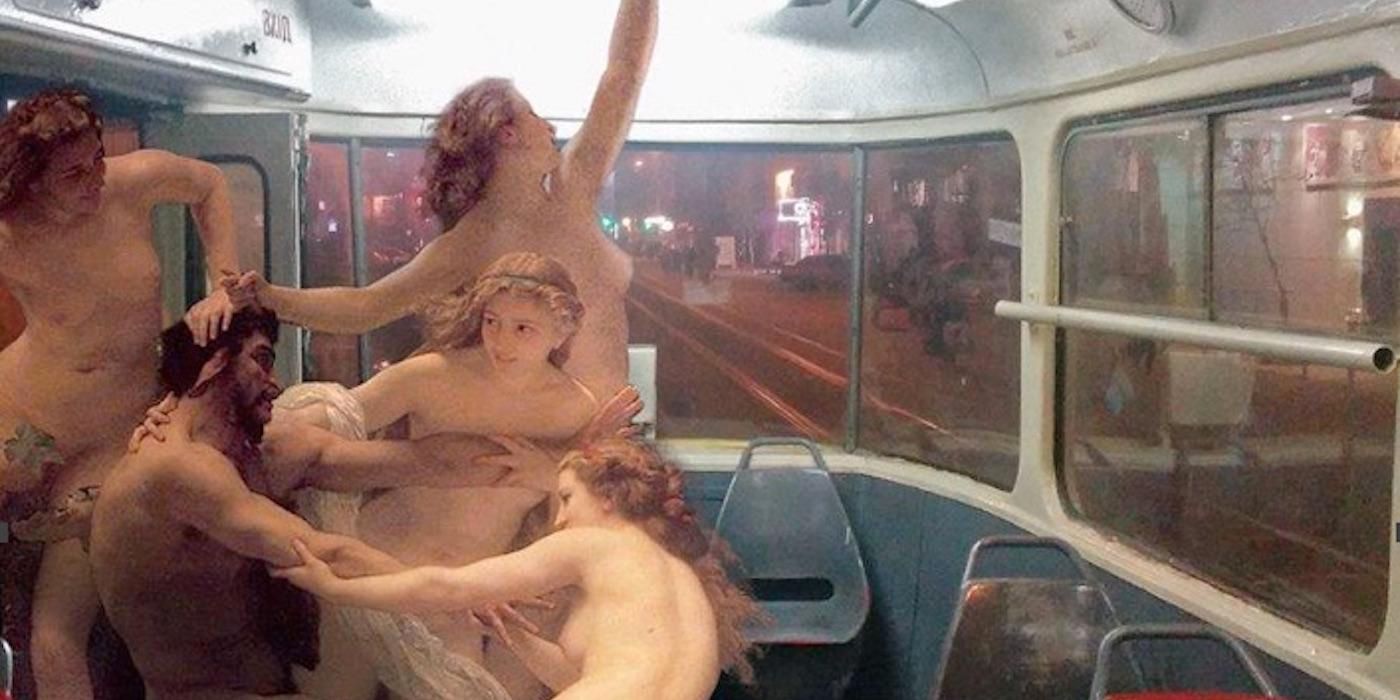