0
Kanuti is the making of infinite space.
and it aspires in a corner
to speak out with voice.

Art
is existing
when

if you bother to make the space for yourself.

contemporaneity for Me means when
if result is an art piece

Contemporaneity means to enjoy the bonering present of the space

result is either an artist or a relation with surroundings

May be contemporary means
for audience also
constructed from something known.

in Kanuti theres no checking that
some thing is little risk

most of the things
will fail
with equal deference.

XXXX
Kanuti’s matter is to want to change something? or
to great invisible things.
if there is a space which is not existing as paradoxically
as mattress

Kanut is the relation with surroundings.
Kanuti is a place
which acts in the present.
or it doesn't exist in the future only if
something thrilling by change comes out

for praises Kanuti is impotent.

in Kanuti there's a lot thinking about oneself

and So theres no point to establish anything around
the space

How the Manifest of Kanuti was born?

About a month ago the team of Kanuti Gildi SAAL invited some collaborating artists to discuss matters around SAAL's upcoming 15th birthday. You know, to talk about the party and other events around the celebrations. Very quickly we got stuck with the question that what is KGS and how to communicate its 'face' with general public. The house itself was of the opinion that KGS is its collaborating artists, that we, the artists, are KGS's 'face'.

We were dissatisfied by that answer because all the artists are very different from each other and eventually we couldn't identify with anything at all.
Sending emails back and forth, finally, Kaja came up with 10 points about the good and bad sides of the whole KGS question of identity…
Well, the rest of us didn't really hook on to her 10 points and eventually the whole discussion died out.

Time passed and the party got closer, identity or not. Don't ask me why but Kaja sent these 10 points to Chungin and Chungin gave these to Taavet who was familiar with the text from the emails. Why Taavet, you might wonder.
Well, he has made a brilliant computer program called Poetry Robot which makes great new poems from old poems. He fed Kaja's 10 points to the robot and the robot made a poem out of it, some of it nonsensical, some not. Chungin edited Robot's new poem and called it Kanuti's Manifest.

On Kanuti Gildi SAAL's birthday party me, Kaja and Chungin got on stage and performed it.

The text is originally in Estonian. We tried to keep the logic of the Poetry Robot when translating it in English. Its weird, I know. 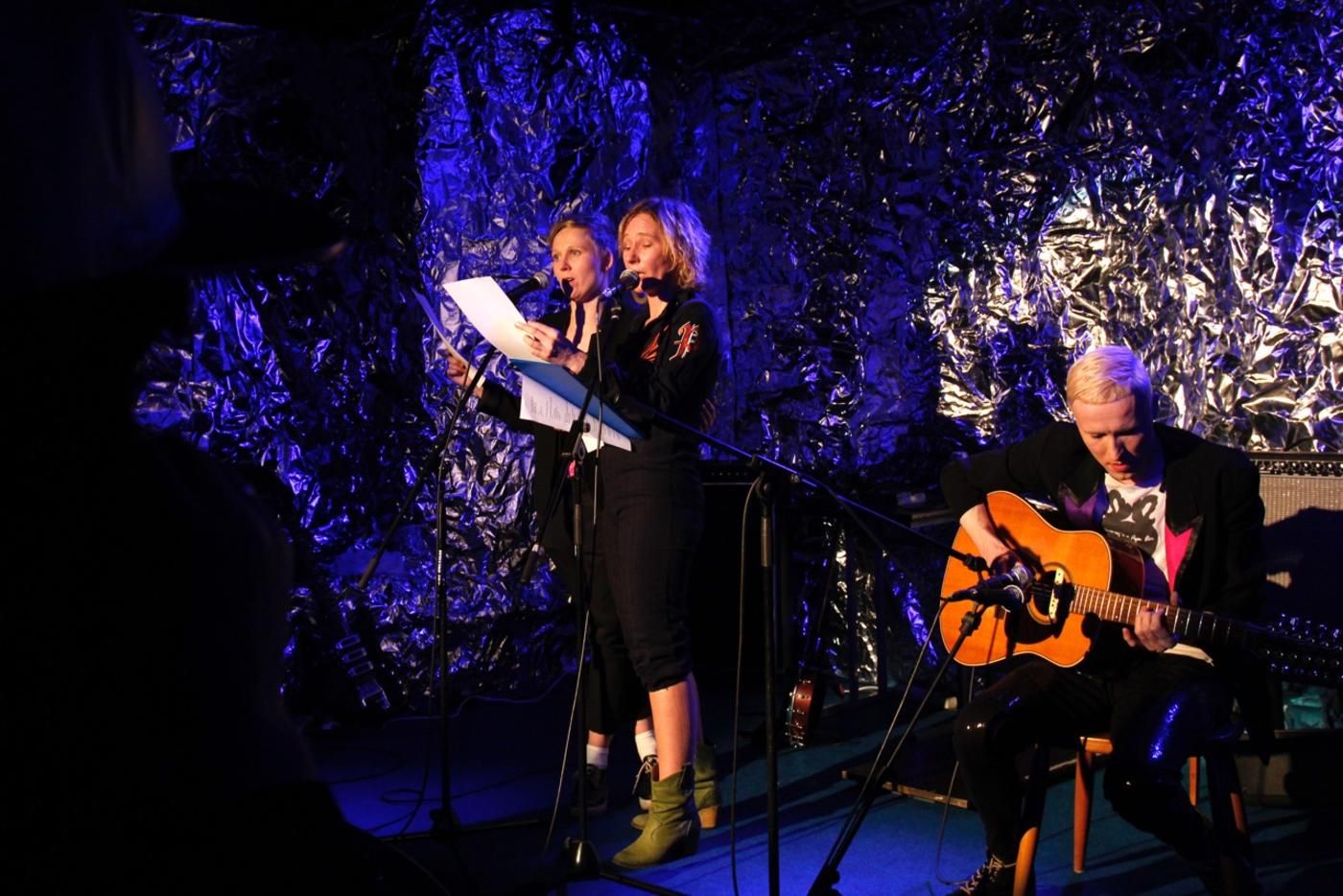