A chain of bad decisions. Why not to collaborate ?

According to the definition of Wikipedia collaboration is a working practice whereby individuals work together to a common purpose to achieve business benefit.

But who really cares?

My understanding of collaboration within the domain of politics of culture is: working-with authors, driven and celebrated by the differences between individuals, personal freedom and creativity; an extremely trendy practice, where at some point individuals are supposed to become a ‘’we’’.
Not too appealing.
So I thought that maybe an experimental collaboration would be possible instead. And by experimental collaboration I imagined an undefined space of other kinds of behavior, where the four individuals with their strategies can enable a process of redefining the very term of the collaboration. Another line of thought was to think of collaboration as of collection, like collection of stories or works or authors. But with this definition I couldn’t understand the value of it in the society and dropped it.

As for me, the term collaboration has become almost a curse or a swearing word, let me explain why.

So one problematic aspect of collaboration is individuals working in a group, supposedly moving towards one goal, which of course might lead to a compromise, if not to entirely giving up one’s personal ambitions.
Which leads to either recalibration of one’s ground understandings or to dissatisfaction, demotivation, stress, arguments, depression and bad relations instead of gaining and benefiting from the project.

An interesting tendency: collaborative projects do get funded and they do look good on paper. That is a problem in terms of how the art market is functioning and what sort of productions it creates. Collaborations are TRENDY, they are in fashion and therefore do not accommodate any possibility of experimentation.

So let’s imagine a situation where four individuals with different backgrounds who have never worked together and who just graduated an art institute decide to apply for a funding because there is an announcement of an open call on Facebook. These four individuals, and I won’t name any names, have good intentions, are highly motivated and wish to produce their works in a shared immaterial space that they can imagine together during the period of collaboration.

They write the application and BOOM! they do get the funding and this is where the fun begins.

But why to imagine?
It happened just recently that I myself together with Aapo Nikkanen, Jurgis Paškevičius, Monika Lipšic received or shall I say ‘’got rewarded with’’ a grand of 20 000.- from Nordic Culture Point for a short-term network establishment.

The next steps were: we made a draft of what we were going to do. We found the research topics and decided upon the final product and started a discussion – the heart of the entire process. Оne thing we did not do – we didn’t find the entering points to the process as in I enter the world alone as…? and when I am in the world, I am no longer alone, I am with ….? And we as….? have a relationship that consist of….?. We never answered those questions and assumed they would just go away, vaporize after a while because as a group we voted against questions of that sort. Also, in our group another question became forbidden or censored: the WHY for god’s sake question.

At first, we needed to establish common goals and choose a strategy as well as methodology within which we all would be happy to operate. We all wished to not have the central leadership of the initiator of the project, also the initiator wished to not be the only author. Already this turned into a disaster. There were different goals, not a singular shared vision or ideology, no solidarity plus everyone wished to maintain an equal position in terms of decision-making. And the brilliant solution at that point: we decided to operate through democracy. It never crossed our minds that there were four of us, so any voting if it was 50/50 would not make any sense. Fair mistake, no? Nevertheless we pursued because it was important that the group shared everything, except per-diems of course. Everyone paid for him/her self at the counter of the shop.

A special word on solidarity.
I believe that if these four individuals came together (a question how of course arises) in solidarity that didn’t concern the concept,
the goal, the heart of the project they would have had a chance.

What happened at this stage was that personal motivation dropped below the ground and the group didn’t know how to deal with that, because obviously lack of desire and the absence of motivation are bad personal qualities that the artist should get rid of.
Nevertheless, we as four individuals did not give up and maintained a lively discussion about creating something unique and producing a work of art, together.
Next step: We decided to invite a guest, an established artist and we choose Gabriel Lester as someone we all respected and someone who could potentially become the group’s mentor for the next meeting they arrange.
Gabriel Lester arrived to Iceland, where we had chosen to meet for our third research session. Also I forgot to mention that the collaboration was supposed to last for 12 months!
As four individuals we explained the situation and focused on producing something because we were already behind the schedule in the project’s description. At this point we found out that the budget was getting way too small and we were no longer happy with the fees we were getting.
Gabriel Lester tried his best at mentoring “four juvenile individuals” and ended up making a movie with a method of ‘’Chinese notes’’.

After the week we realized that the movie was really bad and we held a meeting in order to understand who did what and who did more than others, so that this individual would get more per diems than the others who did less. A sort of reward system, a desperate attempt of motivating individuals. Such a meeting turned into a huge argument and chain of doubts about the strategy. Some in the group wanted to drop out of the project, while others were still not giving up the idea that the collaboration HAD TO BE possible and beneficial for them.

Here kicked in responsibility. What was it and how to deal with it as a group?
So responsibility in this case became an abstract burden that hovered somewhere in the middle of an abstract space above us – the four individuals and from time to time it landed on one of us, shading everything in front of him/her.

Things were not looking good, the team was behind the schedule and they didn’t produce anything, also they started to hate each other by that moment of time. And here kicked in shame. Some of the artists were ashamed of themselves and they were scared for their reputation, others were ashamed of their colleagues and the last member just withdrew from the situation.

In the last attempt to change something about the whole situation the group decided to drop the original idea of producing an art work together, they agreed to organize a festive event instead.

As it was written in the project description, the final presentation of the work would take place at a given date at a given space of contemporary art center. And so it did. The discussion began and every member of the failed collaboration started to be motivated again. I won’t describe with all the juice how this part went, I would just say that after contacting their artists friends the group was sure that they would have the event, a sort of mini festival that would consist of at least five performances and an authentic bar with music and an after party…………

One month before the event the eternal strategies and relations escalated to an extent that no one could predict what would happen and the group just fell into many small particles and pieces, some of which got lost forever in the unknown space and others were picked up by random personas, attached to wrong parts of persona’s bodies as ornamental extensions not serving any purpose.

We think that the value of our labor lays within the material domain. The ideal artist goes on endless residencies without even reading about them, stays “in the flow”, circles the network, produces endless institutional pieces and has thousands of studio visits and all for what?
We are modest, creative, productive, free, self-expressive and so collaborative; we are admirable. We are full of desire and we are here to stay!
We are useful shit that feeds the capitalism and the politics of culture, we overproduce and our line of thought is like a one-inch erection – we are impotent and we are worthless!

We were expecting 90 members of the audience to attend the event, but 250 members came instead. The duration of the evening was 4 hours and none of the spectators left during the event. The evening was great! The performances were fantastic and in terms of generosity the evening went really well. But not because our collaboration was so fruitful, because we decided to kill our baby and organize an event where we invited our friends, people that we love. The evening was a festive celebration of friendships. And the rest is specificity of an esthetic experience.

I do not wish to collaborate or use this term, again. I wish to work with friends, with comrades while operating within friendship. In such a union the term responsibility becomes an unshared ground, where I am completely responsible for my friend and his work and my friend is completely responsible for me and my work. There are no compromises here and no negotiation, we operate within trust. This attitude asks from you a lot: it asks for confidence and not control, it asks to take responsibility for something that I am not responsible for and it asks from you to be generous and be ready to jump into the unknown, take a risk and find something along the way. And here the two individuals can only agree even if the agreement is to disagree. 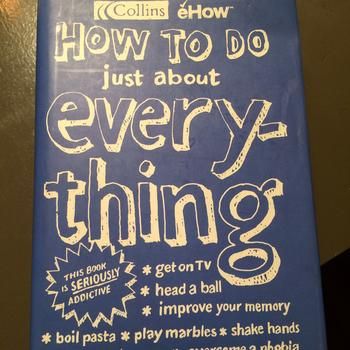 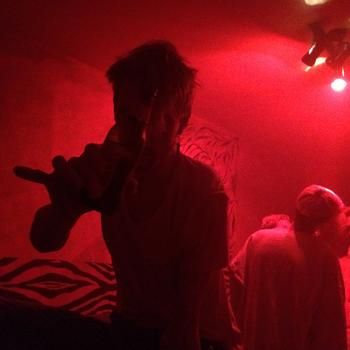 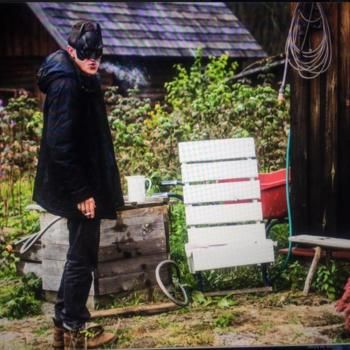 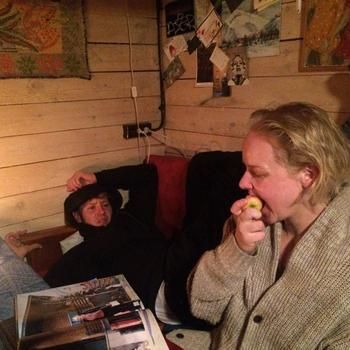 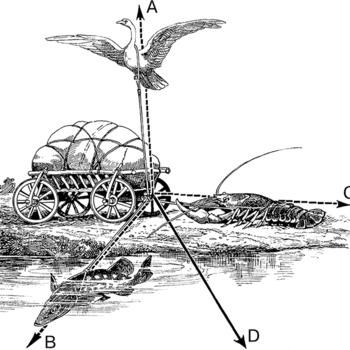 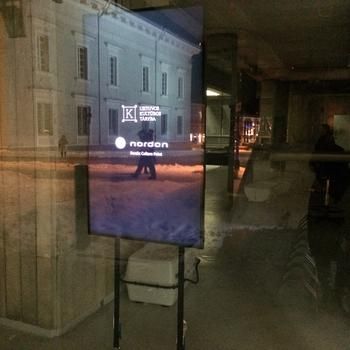 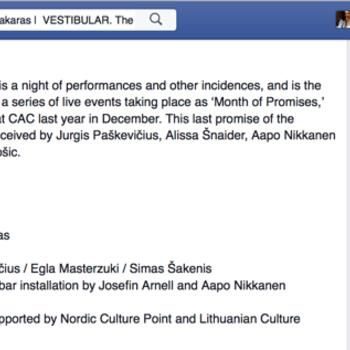